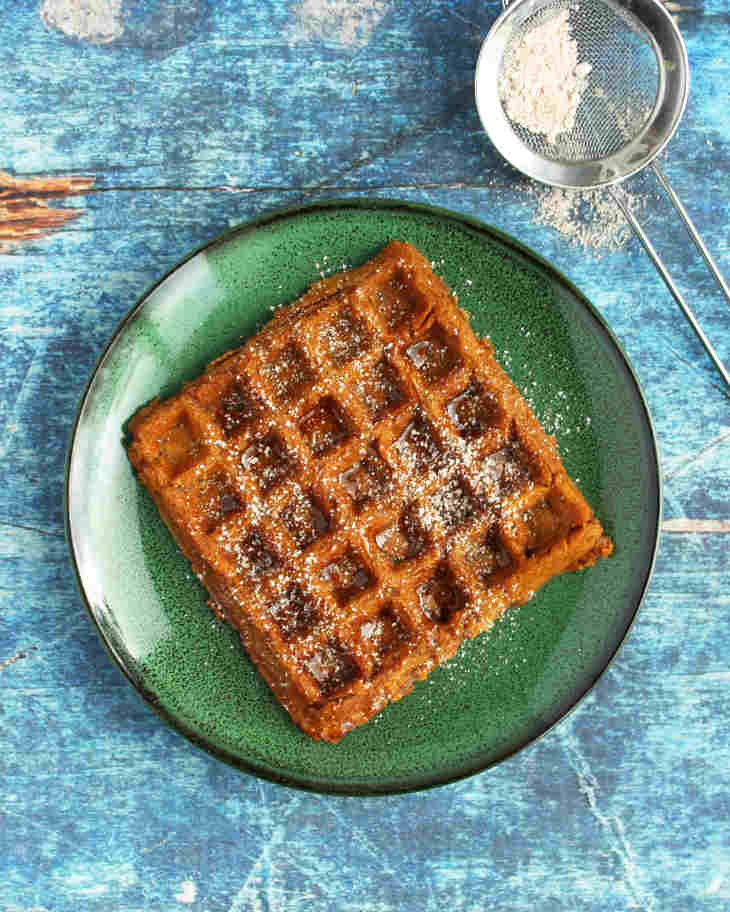 Fall means one thing: pumpkin spice everything. Don’t feel like you have to miss out on this yearly obsession just because you’re Keto. This Keto pumpkin waffles recipe is the absolute best way to wake up!

While pumpkins do have some carbs, they are generally OK to eat on Keto. The key is to watch your portion size.

That’s manageable for most folks, but if you’re worried you can check the nutrition info at the end of the recipe.

One interesting fact to note is that some brands of pumpkin puree actually contain other types of squash. Manufacturers sometimes mix in other types of winter squash, like butternut, because they’re less stringy than pumpkin.

But again, if you’re worried about the carbs or the “purity” of the pumpkin puree, just read your labels.

How to Make Keto Waffles

Waffles are not low-carb food. In fact, your typical Belgian waffle could contain as much as 60 grams of carbs!

And that’s not including goodies like whipped cream or syrup.

Since most of our bodies wouldn’t know what to do with all of that fuel, it’s best to come up with an alternative option that gives you waffles without the carb-heavy consequences.

Instead of white flour (or waffle mix), I used coconut flour, which is light, fluffy, and perfect for waffles.

Instead of sugar, I added erythritol, a handy sugar alcohol that most people tolerate well. It comes in a confectioner’s version that is perfect for dusting over the finished product.

I chose to swap out the dairy in this recipe with almond milk and ghee, but if you know you’re not sensitive to dairy you could try it with milk and butter.

If you are sticking with almond milk, however, make sure you get the unsweetened kind.

Other than that, you’ll use baking powder and eggs per usual. A festive pumpkin spice mixture of cinnamon, ginger, cloves, and nutmeg amplifies the flavor.

Keto can seem cruel in the morning when you realize you’ve been robbed of your oatmeal, cereal, and toast options.

Thankfully, there are Keto alternatives to just about all of your morning staples, as well as some new recipes that will get you out of bed quickly. 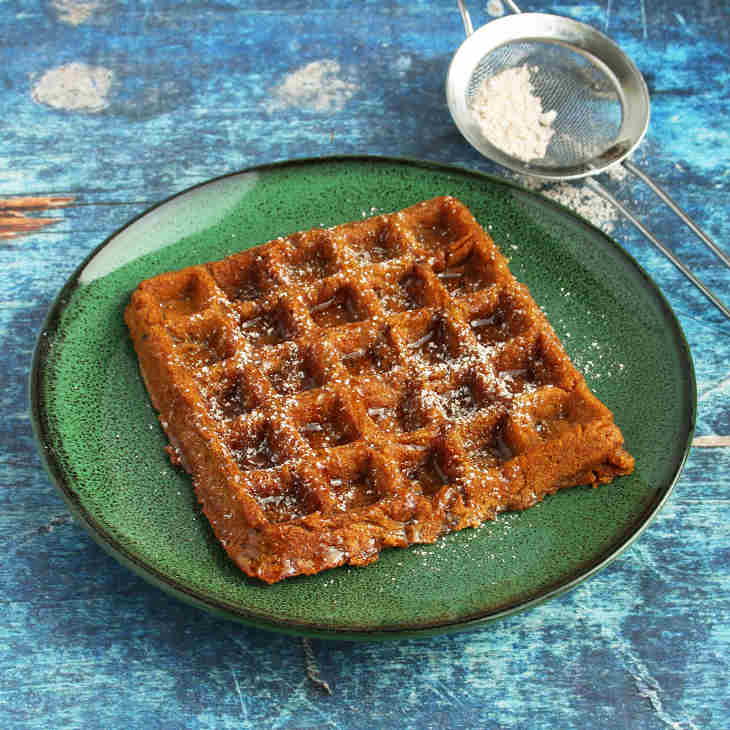 Waffles on Keto? You bet! And pumpkin too!

For the pumpkin spice

NOTE: This recipe was made using our waffle maker, which makes two 5 x 5-in (13 x 13cm) waffles. If your waffle maker is bigger, double up the recipe.