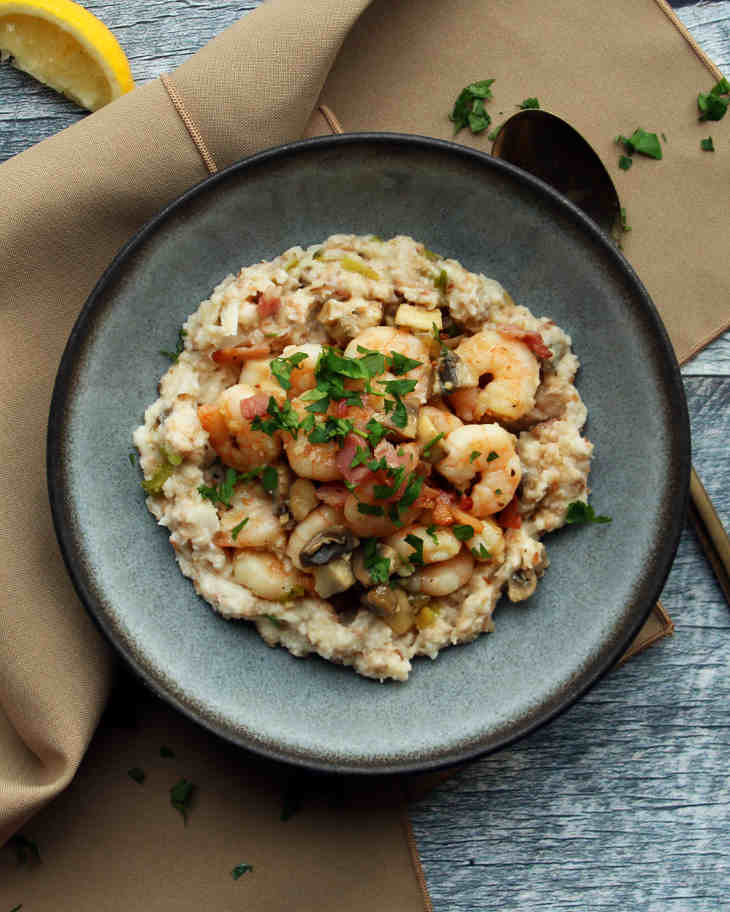 This isn’t your average grits recipe. It’s a tropical twist on a traditional Southern breakfast staple that makes for a great meal anytime you’re hungry.

Head to the Southern U.S. and grits are a proud staple. It’s a traditional food that dates way back to pre-colonial days.

Native Americans enjoyed eating soft, mashed and boiled corn, and the cooking technique was passed to the new settlers. Corn, or maize, was readily available, which helped it spread like wildfire.

Along the coast, an evolution in grits added shrimp to the mix. The fairly bland corn porridge got a pop of protein and flavor with the shrimp thrown in. The combination remains popular today.

Recap: Grits are a porridge made from ground corn. Loosely defined, we’re talking about mushy corn. Polenta, as it turns out, is boiled cornmeal, sometimes baked into a loaf, but other times eaten as porridge.

You can see how the two could be confused. A key difference, however, is the type of corn that is used. Grits are usually made using white corn, while polenta is made from ground yellow corn.

The difference in corn varieties creates distinct textures between the two. Grits are finer, while polenta is more coarse.

Your keto shrimp and grits won’t include white or yellow corn. Instead, you’ll make a unique coconut cream porridge with shredded coconut bits for the “grits” part of the dish. 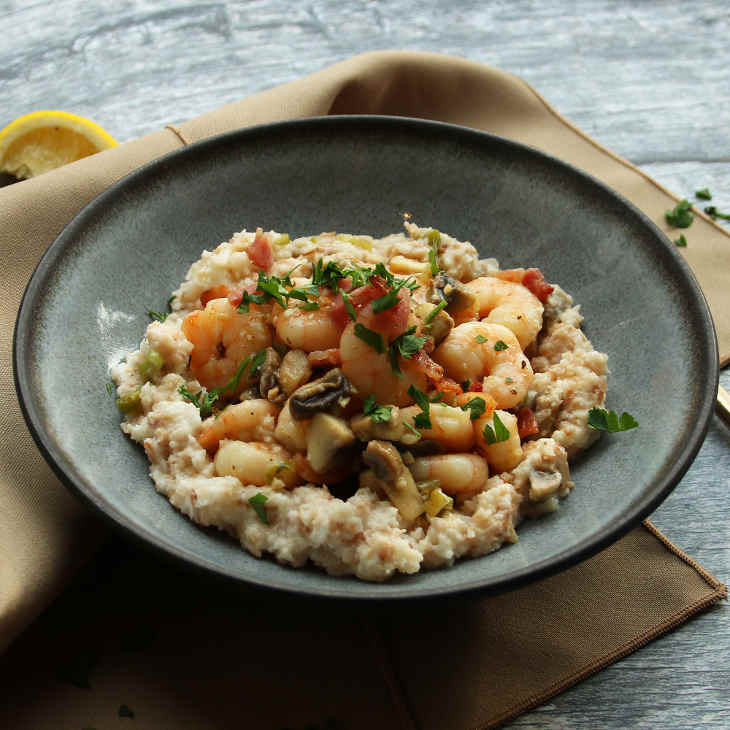