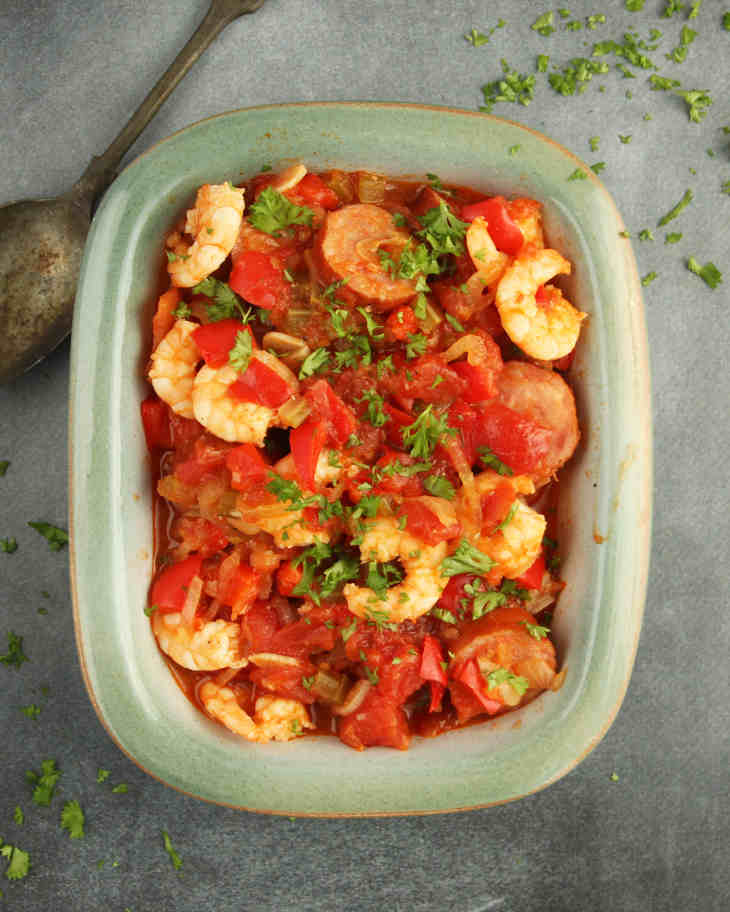 For some people, chicken soup is the ultimate comfort food. For other’s it turkey with mashed potatoes and gravy. But down in Louisiana, that honor would have to go to gumbo. There are as many gumbo recipes as their are families making gumbo. Gumbo with rabbit, with shrimp, even vegan gumbo. This Keto sausage and shrimp gumbo has a few differences from the traditional recipes common all over Louisiana but it keeps the soul of the dish, that incredible Cajun flavor. So whether you’ve grown up with gumbo and have been looking for a low-carb version of the dish you remember, or you’ve never had gumbo before in your life, this recipe is sure to be a hearty and satisfying crowd-pleaser.

What is Cajun Food and Where Does It Come From?

Cajun food refers to the cuisine created by the Acadian people when they were deported from Canada to Louisiana by the British in the late 18th century. The French-speaking Acadians, were forced to modify their traditional dishes due changes in climate and availability of ingredients. Eventually, this mixed with the local culinary traditions, becoming a brand new style of cooking.

Cajun food and Creole food are often used interchangeably, particularly outside of Louisiana. However, Creole cuisine predates Cajun cuisine by almost 50 years. It is also primarily based on French roots but largely through Haitian and West African traditions. Because Cajun and Creole food have also intermingled over the years, it can be hard for outsiders to tell the difference between the two.

There are three essential components to any gumbo. Read on to find out how we broke down the traditional recipe to remove the carbs without sacrificing flavor.

More Low-Carb Stew Recipes to Fill You Up

There is a stereotype that stews are packed with starchy carb-laden vegetables but these Keto-friendly stew recipes prove that assumption wrong. Read on for just a few low-carb stew options or check out all our Keto soup and stew recipes. With so many recipe options, there’s something for everyone! 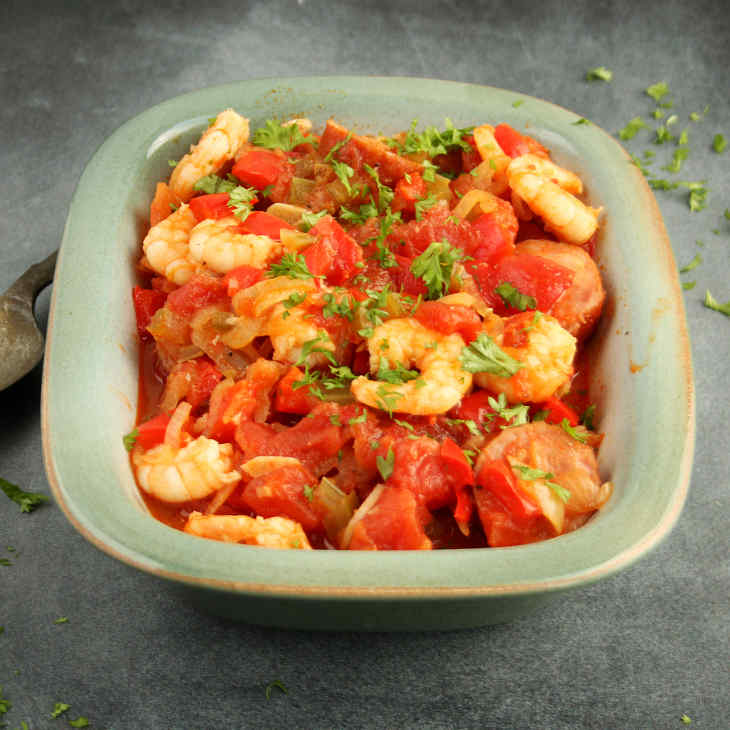 This classic Cajun dish is too delicious for words.