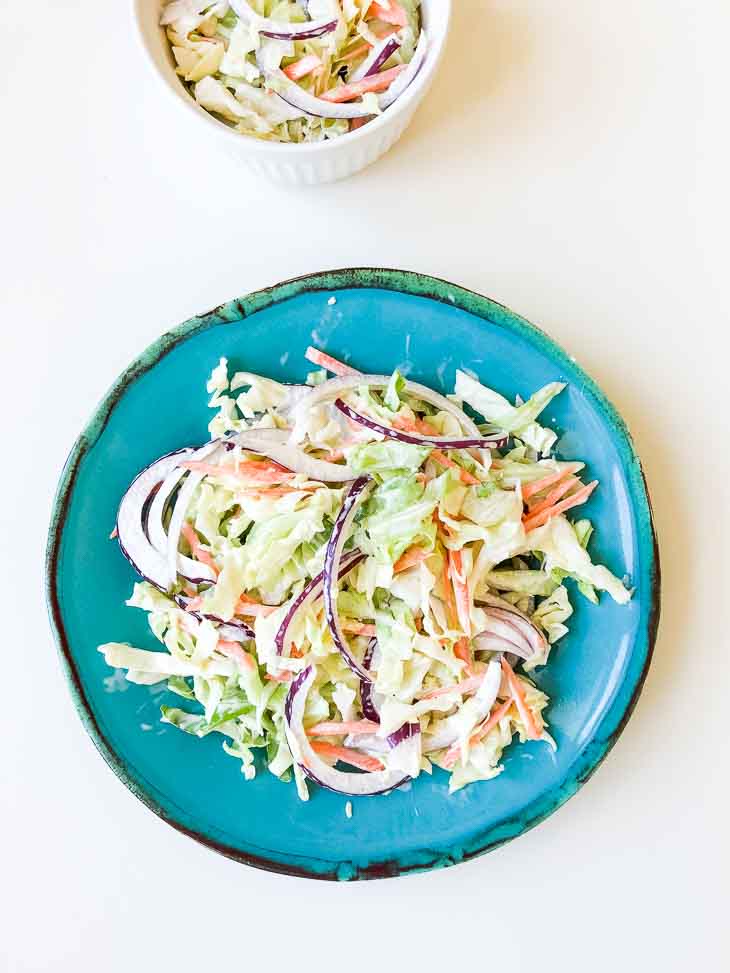 Don’t be surprised if this keto coleslaw recipe tastes just like the coleslaw you’re used to. Coleslaw is one of those foods that is pretty much keto without modification.

If you’re hosting a party with a buffet, try some of our favorite keto side dish recipes.

This one was actually very easy. The only minor modification is that my keto version contains no sugar. A lot of traditional coleslaw recipes don’t include the sweet stuff anyway.

I suppose if you really wanted to, you could add a drop of stevia, but I really don’t think you need it.

Coleslaw Through the Ages and Places

Coleslaw was derived from the Dutch word koolsla, which means cabbage salad. You’ve got to respect a straightforward term when you hear it – it delivers what it promises.

The stellar side dish traveled overseas to New York City in the late seventeenth century. Coleslaw in the U.S. is often served with barbeque. A variation called red slaw gets its distinctive hue from ketchup, which is used in place of mayonnaise.

Globally, coleslaw varies a bit. In Italy, you might eat coleslaw containing ham and peppers.

In Ukraine and Russia, the dish is prepared by mixing the cabbage with apples, cranberries and carrots and dressing it with unrefined sunflower oil.

In Poland you can find a lot of variation, but cabbage, onions and carrots are the usual base. This base is also standard in the U.K., where dried fruits and walnuts are sometimes incorporated.

In Sweden coleslaw is served as a companion dish to pizza.

This coleslaw recipe here contains mustard and is made with natural yogurt. 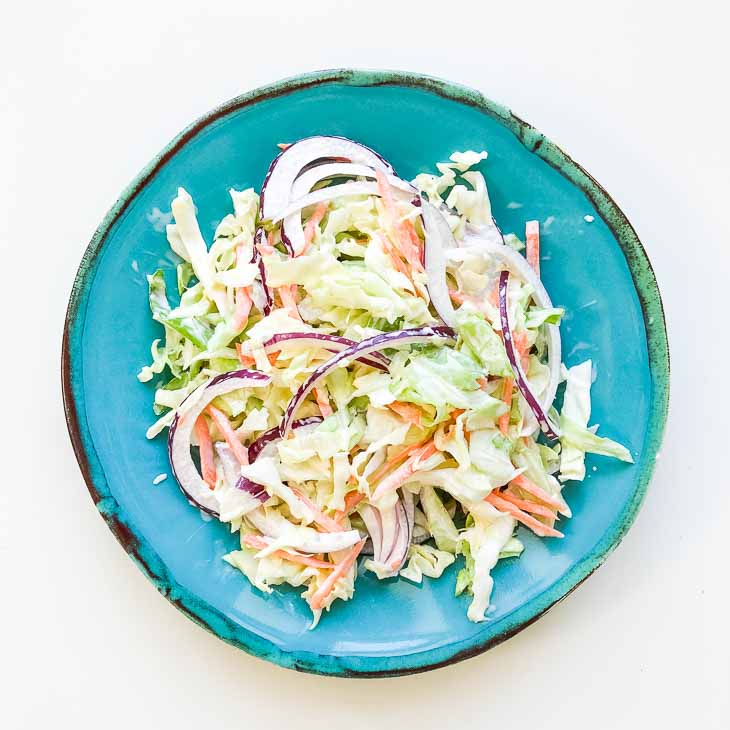