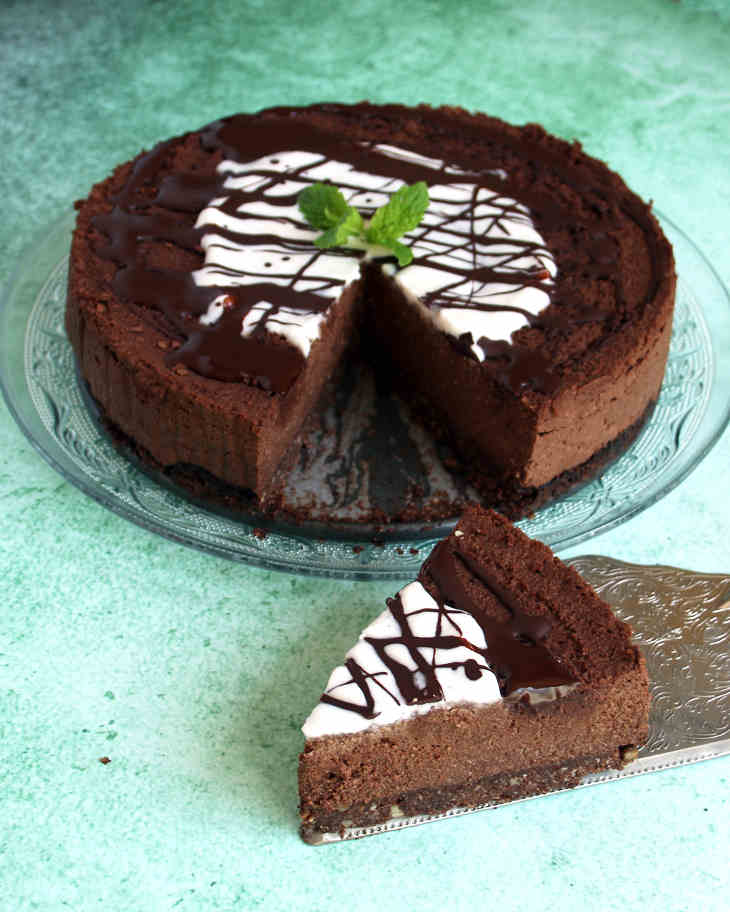 An utterly decadent ‘cheesecake: The key is to get the cashew nuts softened very well so that by the time it comes to blitz them, they become a gloriously creamy texture. We supplied some ideas to garnish the cheesecake (at the end of the recipe), but truth be told, it doesn’t need it! It’s so rich and filling, you could get away with dividing into 16 slices.

A Brief History of Cheesecake

Cheesecake may be associated with New York now, but this dish has been around since at least Ancient Greece and maybe earlier. The first recorded cheesecake recipe dates all the way back to the third century! Cheesecake was introduced to Western Europe by the Romans and by the year 1000, cheesecake was thriving in locations all over Europe and Britain.

New York cheesecake as we know it was purportedly invented in the late 1920s by Arnold Reuben. Before this, cheesecakes weren’t made with cream cheese but with cottage cheese. Cream cheese was invented at the end of the 20th century from an attempt to replicate a French cheese called Neufchatel. About 10 years after cream cheese was first invented, the Philadelphia Brand method of pasteurization was developed. This method spread, and the new cream cheese began to appear everywhere, which made the development cheesecake as we know it possible [1]

Traditional cheesecake is not Keto-friendly, especially if you’re avoiding dairy. Luckily, with some careful substitution, it’s possible to make an amazing cheesecake that won’t knock you out of ketosis.

What Else Can You Make with Cashew Cheese?

If you’re already soaking cashews for this cheesecake, why not soak some extras and a make a second batch of cashew cheese to use in savory recipes like the ones below. Or check out even more dairy-free Keto recipes. 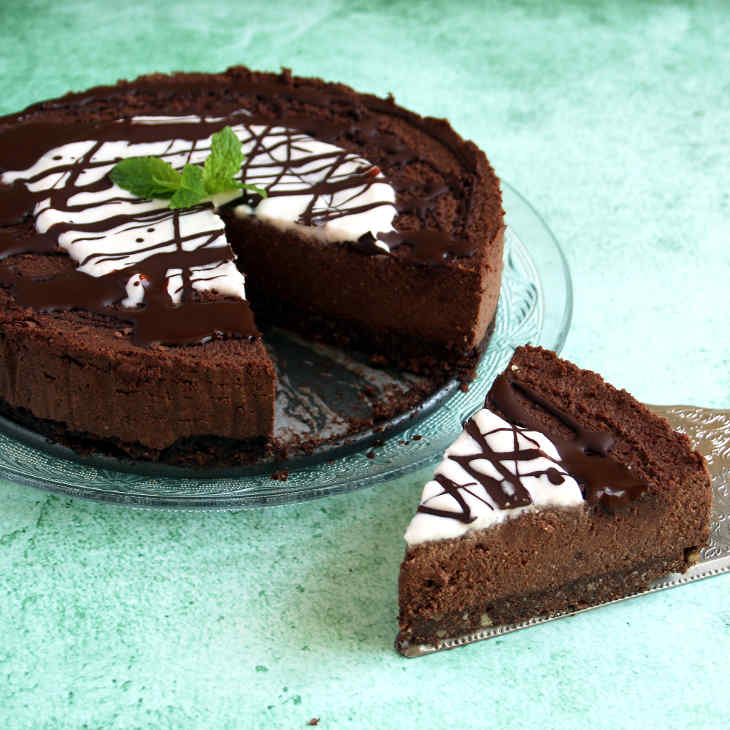 A decadent dairy-free cheesecake that’s sure to fill you up.

For the cashew cheese –

To make the coconut frosting

To make the chocolate drizzle