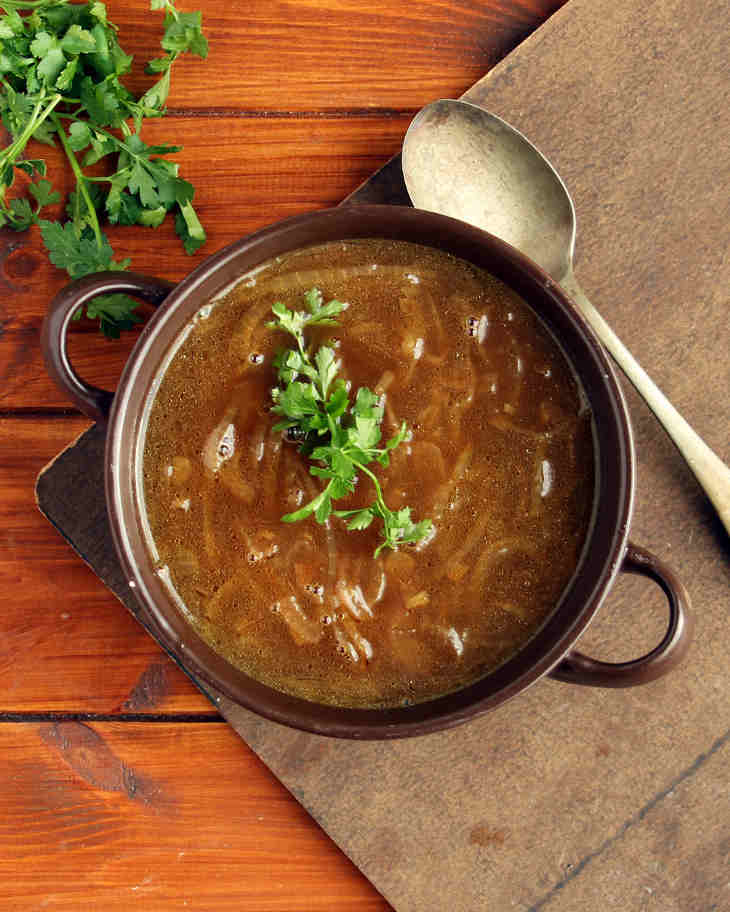 Simple, inexpensive, and warming to the core. This vivid, savory pressure cooker Keto onion soup recipe is a must-have for brutal winter nights.

It’s cold as I write this. Polar vortex, bring-the-pets-inside, everything is frozen cold. So you’d better believe that soup is on the menu.

Battling a whipping wind demands a hearty soup. Something that feels more substantial than a wimpy broth.

Another bonus is that it’s delightfully inexpensive. Sometimes diets get a bad rap for being pricey, but that doesn’t have to be the case.

You’re really only looking at onions, beef broth, and garlic. You’ll likely already have olive oil, salt, and pepper on hand, and the Madeira and parsley are optional.

The trick to caramelizing onions is to give them plenty of time without allowing them to burn. It’s a process.

Olive oil works nicely for this job because it doesn’t burn as easily as some other fats.

Don’t get impatient and crank the heat. Set your cooker to sauté and let the magic happen in its own time.

Tongs can be handy for flipping the onions early in the process, but any spoon will do once they’re soft.

Keep them going until they’re very soft and brown. Then you can add your broth.

The rather pungent nature of French onion soup was noted early on for its ability to cover up brewery odor.

It’s a classic two for one, you get a great, hydrating meal that will help your body recover from a night of drinking, and it acts to camouflage the scent of your whereabouts.

I’m not sure that it would be my first choice after drinking, but I thought it was an interesting nugget of info.

If you clicked on this pressure cooker Keto onion soup, odds are you’re in a soup state of mind. Or maybe you’re just cold.

In any case, there are a ton of options out there for you to warm up, fill up, and stay in ketosis.

Check out this page with 46 mouthwatering soup recipes. You’ll find everything from chicken enchilada to squash soup to cream of broccoli.

Not all of them require a pressure cooker or slow cooker either, so don’t be shy if you’re making soup the old fashioned way. 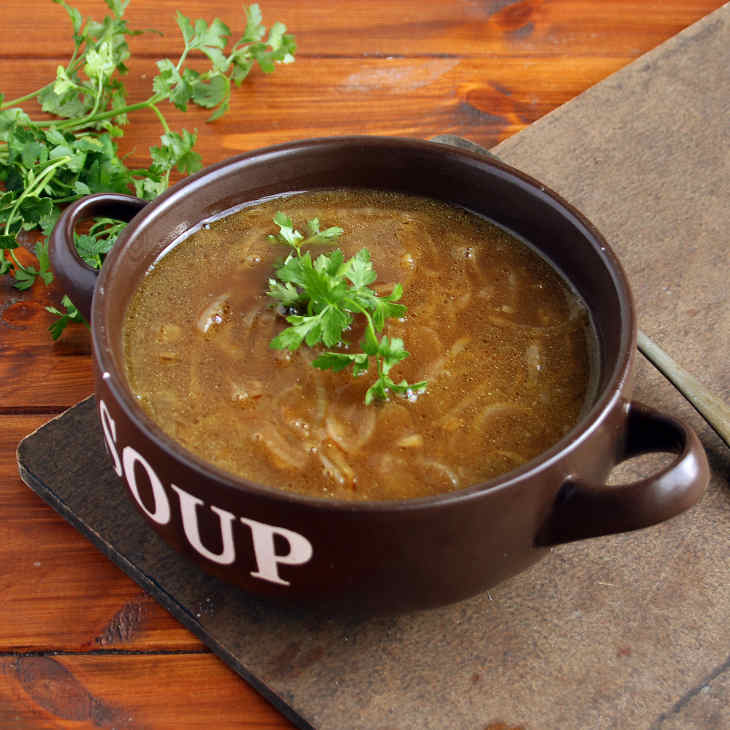 Classic French Soup in a flash!