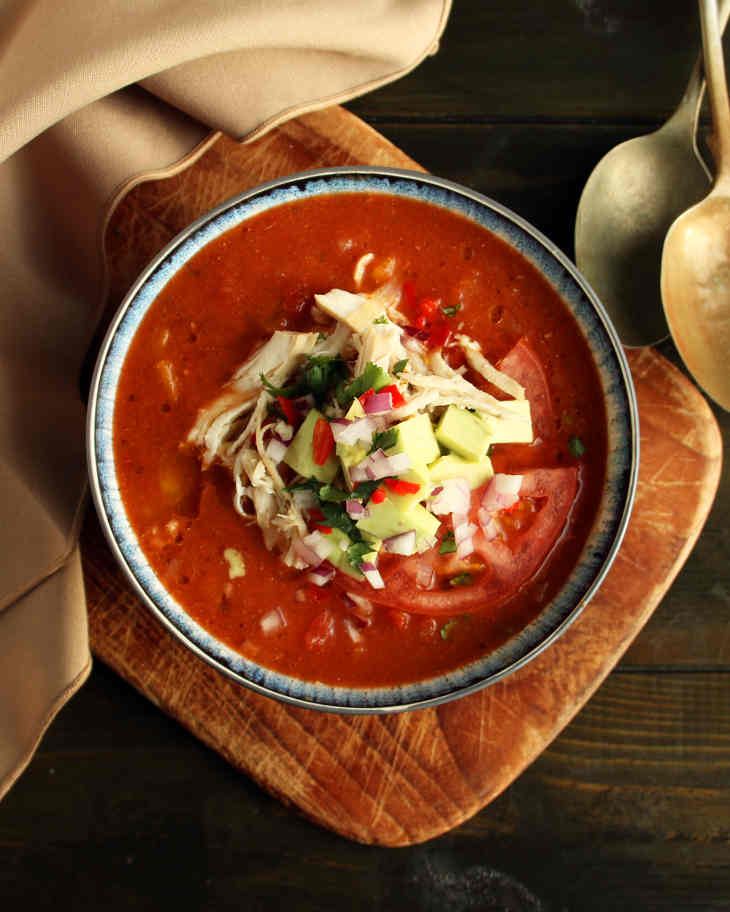 If you’ve been missing Mexican food on your keto diet, this keto slow cooker chicken enchilada soup recipe is a must! It’s rich, warm, and extremely satisfying.

For more keto Mexican recipe inspiration, why not take a look at this list?

It can be rough if you’re craving Mexican but fear some of the less-than-keto ingredients that seem to be instrumental to the dishes. There are the tortilla chips, the rice, the beans, flour-encased tacos and burritos… and it’s best to say nothing of the giant margaritas.

Believe it or not, you can eat your way around it. Sure, it won’t be exactly the same, but it’s your best bet for staying in ketosis and getting your Mexican fix.

This keto slow cooker chicken enchilada soup recipe is the perfect example. While a few modifications are needed, this soup is so good you won’t miss a thing.

Many cooks call for canned enchilada sauce for soup, but there’s no need for that. Canned or jarred sauce is likely to contain canola oil and unnecessary chemicals. Instead, I’ve covered that flavor profile with diced tomatoes, olive oil, cumin, and garlic.

Next, I had to think about corn, beans, and tortilla chips, which often find their way in or on top of Mexican-style soup. I had to take creative license here, because truth be told there aren’t close equivalents for those particular enchilada soup accessories.

Instead, I suggest dressing this soup with sliced tomato, avocado, cilantro, red chili, and onions. Obviously you can edit that list to suit your tastes and really have some fun making your Mexican soup.

If you’re not on your keto journey and this recipe is making you crave chicken enchiladas, then you’ll be happy to check out this more traditional recipe here. 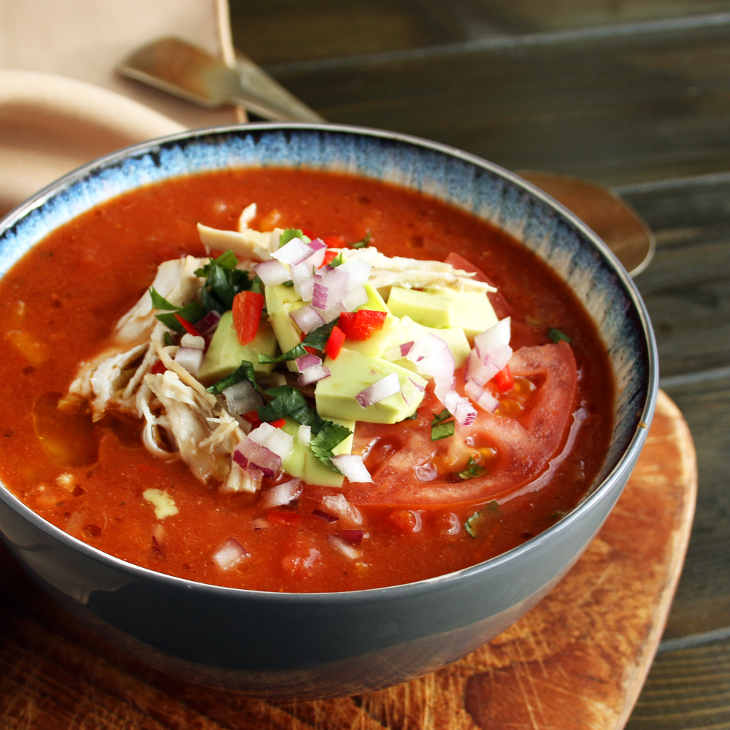