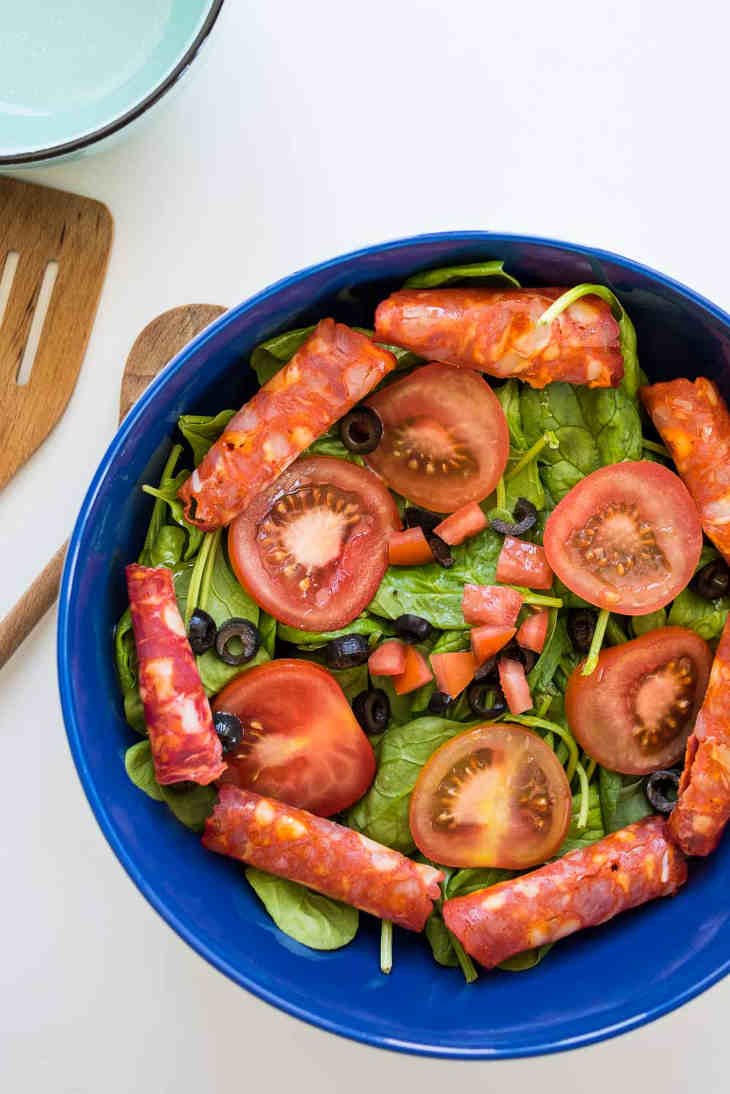 Even the most optimistic salad-eaters among us suffer from salad fatigue. Break out of your rut with this keto pepperoni tomato salad recipe.

A Primer on Pepperoni

When you think of pepperoni, you probably think of it as a popular topping for pizza. It’s such a classic that even pizza emojis sport pepperoni!

Thankfully, pizza is not the only environment in which pepperoni shines. It’s zesty, salty flavor spices up just about anything – including this salad.

But other than its association with pizza, how much do you really know about pepperoni? Let’s dig in.

Pepperoni is a type of salami. Contrary to popular belief, it is actually an American invention. Peperoni (with one “p”) refers to a large pepper in Italian but has nothing to do with salami.

Pepperoni (back to the double “p”) is made from cured beef and pork, which is seasoned with garlic, chili peppers, paprika, fennel, and/or mustard seeds.

Unlike Italian salami, pepperoni is made with artificial casing. It is typically cured using nitrates.

Signs point to no. Although nitrates have been painted as harmful, there is evidence mounting that says otherwise.

You can dig deeper on nitrates, sodium, and hormones in this bacon-centric article on Paleo Flourish. Although it’s talking about bacon, the information pertains to pepperoni as well.

If you’re still not convinced, you don’t have to miss out on this stellar salad. Nitrate-free versions of pepperoni are now widely available, so you can shop for whatever meat you’re comfortable with.

Other Uses for Pepperoni

I’ve already stated the obvious: pizza. But there are plenty of other applications for pepperoni in your ketogenic diet.

Here are a few suggestions:

Pepperoni is an ideal keto snack. For one, it doesn’t feel like you’re depriving yourself at all. That’s a big one.

It also checks boxes because it has the fat to help with ketosis without the carbs.

I probably don’t need to convince you to snack on pepperoni, but I thought it might be helpful to supply you with a lot more foods like it to help you stick to keto.

Here is my list of 221 keto foods to boost your energy. Keep them in stock at home and at work so you’re never without a safe snack! 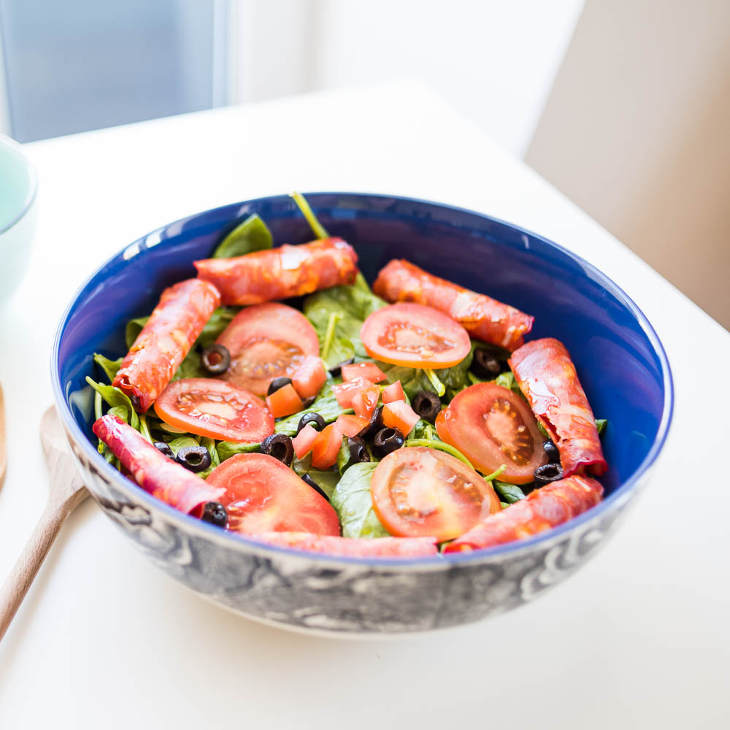 Break out of your rut with this keto pepperoni tomato salad recipe.