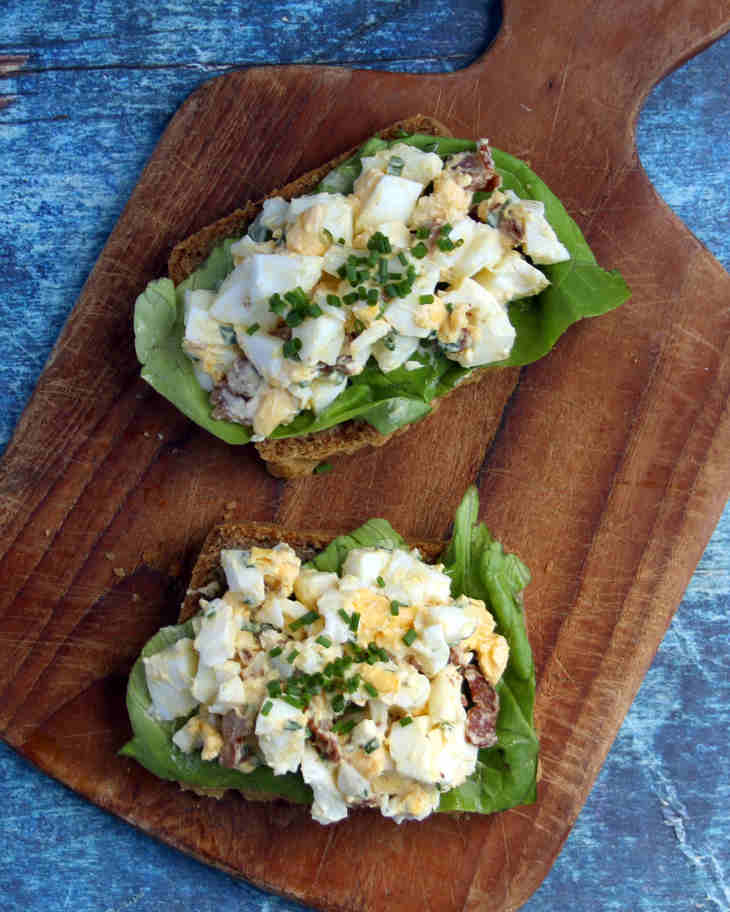 This Keto open egg salad sandwiches recipe has a special ingredient — bacon! It’s recipes like this that make you forget you’re following a diet.

If you like eggs, you’re probably more than enamored with egg salad sandwiches. But you’ve got to wonder whose idea it was to mash them together with mayonnaise.

Unfortunately, we may never know. But there is some historical evidence that shines a light on some of the timelines of egg salad sandwiches.

The first clue is determining the origin of mayonnaise.

Many sources credit the French with inventing mayonnaise, claiming it was born after Duke de Richelieu’s victory at Port Mahon during the Seven Years War in 1756.

Others argue it is much more likely to have originated in Spain, and a prominent chef went as far in 1920 as to publish a flyer to call mayonnaise by its “rightful” name: salsa mahonesa.

Regardless of where it was really born, the French are credited with popularizing it.

The egg salad sandwich likely came about sometime in the early 1800s, after mayo’s popularity spread enough for it to become mainstream.

Given that egg salad contains quite a bit of mayo, it’s pretty important to know what’s in it.

The base of mayo is made up of egg yolks, oil, and either vinegar or lemon juice. All Keto-approved ingredients.

Of course, there may be other things included, such as mustard, salt, sugar, and spices.

As always you should check your labels, but mayo is a pretty solid option for a Keto condiment.

It contains no dairy, so you don’t need to worry about that if you can’t handle milk or cheese.

Cooking with Keto can be fun, especially when you add bacon. I love this simple addition to an egg salad sandwich.

It pairs wonderfully with egg salad. I mean, no brainer, right? Bacon and eggs!

You can cook it in the oven if you’d like at 400 degrees, but it’s probably easier to use the skillet for the couple of slices you need for this sandwich.

You can enjoy your food on Keto, and recipes like this egg salad sandwich offer solid proof. If you’d like some more inspiration for your Keto kitchen, you’re in luck.

Let me know your favorite! 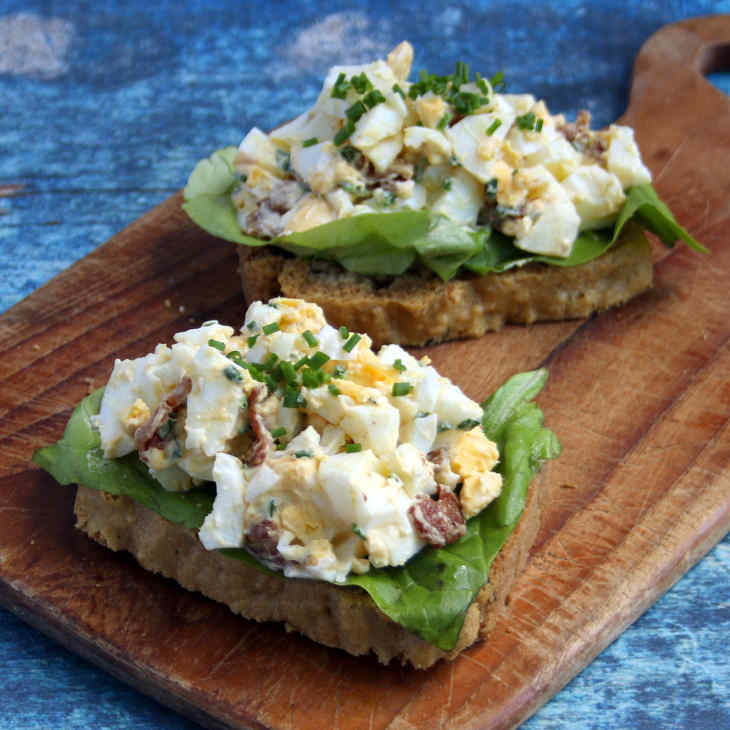 A perfect lunch for a day in the office or a day at a picnic.