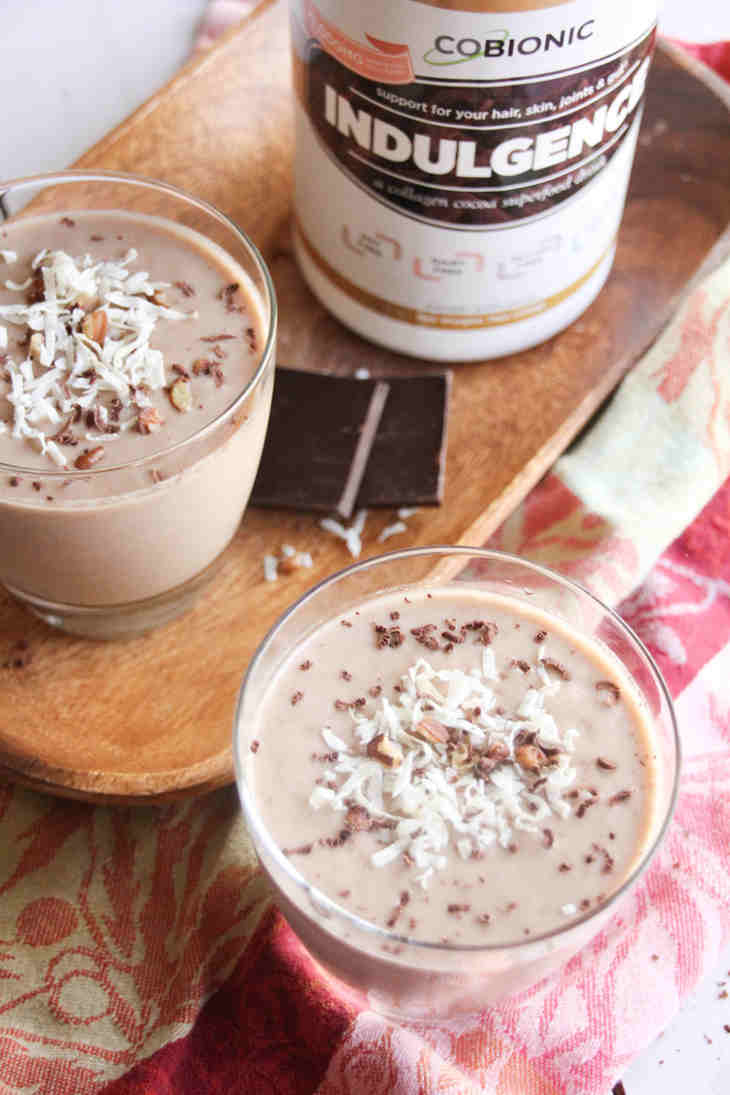 It may surprise you to learn that German chocolate cake isn’t German at all! The name actually comes from a chocolate maker named Samuel German. German created a new blend of baking chocolate in 1852 for the Baker’s Chocolate Company.

Why You Should Add Collagen to All Your Smoothies

Collagen supplements have been associated with several health benefits. In particular, drinking a collagen supplement has been found to reduce the appearance of wrinkles and improve skin elasticity [1].

Smoothies are a great place to add a little extra collagen into your diet. Unlike its cousin gelatin, collagen will dissolve in hot or cold liquid and won’t drastically change the texture. So why not add a scoop to your next smoothie?

Chocolate and coconut are a classic pairing. They also happen to be a very Keto-friendly pairing as many Keto recipes rely on coconut to replace other ingredients. Read on for just a few recipes that highlight these flavors.

Sometimes you crave cake but don’t feel like making one. Enter our luscious dessert smoothie.