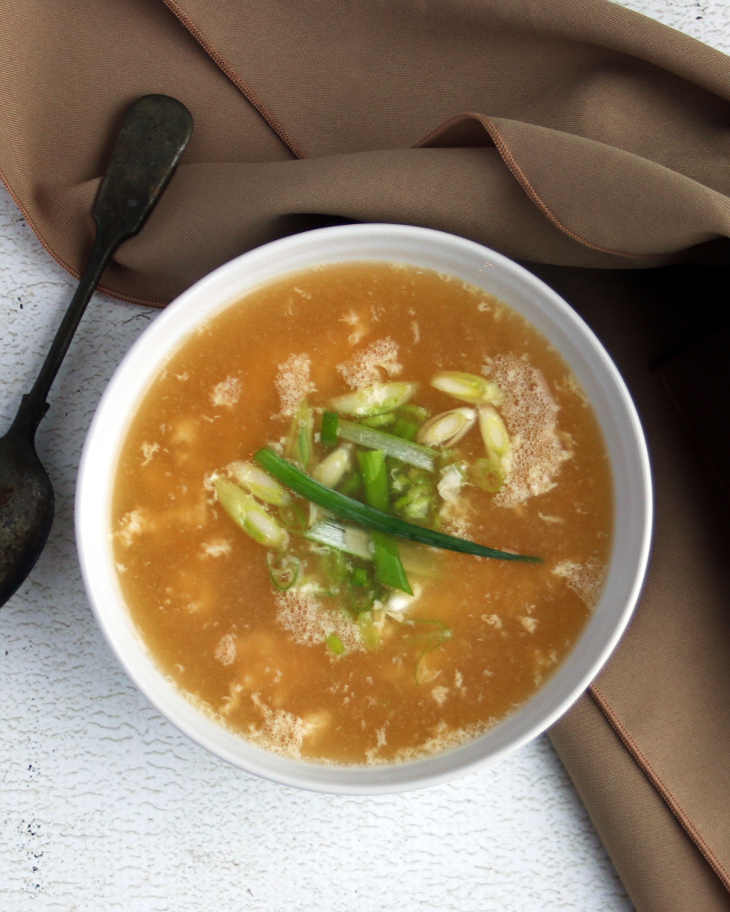 This Keto egg drop soup recipe is fast and authentic. Bust out your bowls, this soup is a winner!

You’re coming home from work, and Chinese food sounds amazing. You go through a quick mental scan of what might be Keto, and it comes to you – egg drop soup!

You go through the list. It’s broth, eggs, probably some spices, and stuff. All of that seems acceptable.

And it is. Unfortunately, though, egg drop soup also commonly contains cornstarch. And that’s not Keto. Major bummer.

The good news is, tweaking a recipe to work around one ingredient is no big deal. I add gluten-free tamari sauce and fresh ginger to a simple chicken broth to get the job done.

But your version of egg drop soup may be a little different than mine. Like many foods, there are variations of the dish in different countries.

Egg Drop Soup Around the World

In China, the garnish may be different. Your soup might be topped with tofu, corn, or bean sprouts.

Moving along, in Italy, you’d throw some Parmesan cheese in with your soup.

Russian egg drop soup typically has semolina boiling in the broth before the eggs are added, and some regions would include dumplings.

You definitely don’t want to try the Austrian version on Keto. They mix the eggs with flour to make egg dumplings.

Sometimes it’s just a difference in technique. The egg can be mixed into the soup gradually so it does not curdle.

As you can see, there is a lot of room for experimentation with egg drop soup. If you want to do your own take on egg drop soup, just make sure your ingredients are Keto!

How to Get Started on Keto

There are more ways to get started on a ketogenic diet than there are varieties of egg drop soup. The trick is finding what works for you.

The best, most effective diet in the world won’t do you any good if you don’t stick with it. If you’re interested in getting started on Keto, or just want to learn more about it, I’ve got something you need to read ASAP.

Check out this article on how to get started on a ketogenic diet. It’s got a guide for kicking off Keto right, and three alternatives to ease your way in. 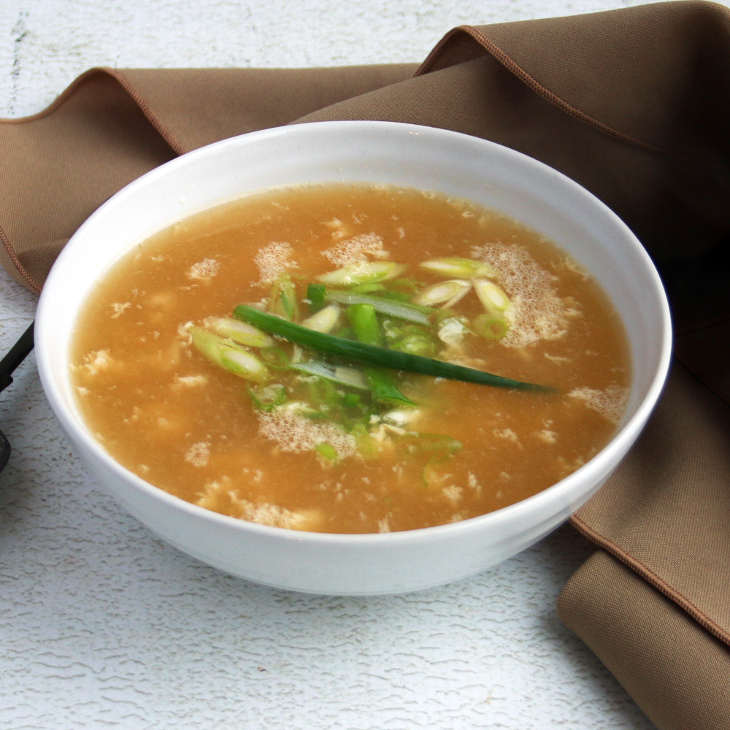 This simple soup is infused with ginger and onions.