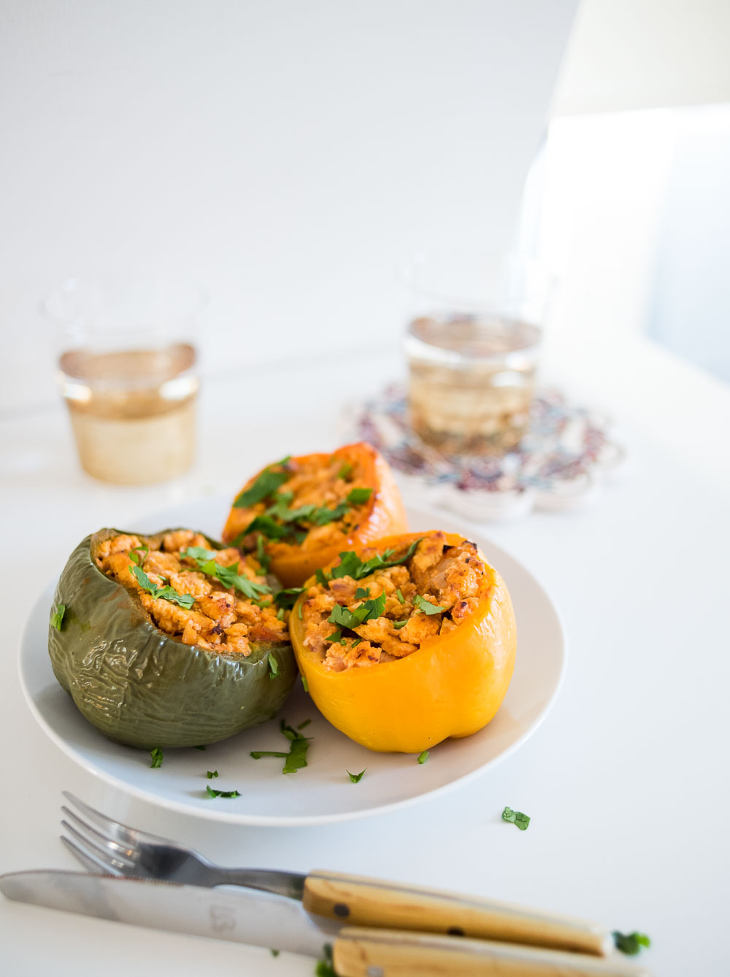 While stuffed peppers are made in many different ways, there are some common elements that can normally be found in these colorful veggie cups.

Rice is one of the most popular ingredients – and not one that works for keto. A serving of rice would do a lot of harm to your diet, so it’s definitely something to avoid.

Dairy is another category I avoid when crafting recipes. Cheese is a common ingredient in stuffed peppers, but dairy causes so many issues for people I just prefer to edit it out.

Creaminess in other recipes might be achieved by milk, sour cream, butter, or other dairy products. In this recipe, however, you’ll create that great texture using coconut cream.

Many people wonder if there really is a taste difference between bells, or if any perceived variances are just psychological.

Personally, I like yellow and orange bell peppers the best. But is there really any difference?

It turns out, there is.

They’re fine for cooking, so don’t hesitate to use them for these keto stuffed peppers. If you’re watching your wallet, green peppers are the most budget-friendly.

Red peppers, on the other hand, are the most mature bell peppers. They are often said to be the sweetest and juiciest. You’ll also enjoy added nutritional benefits.

Getting Started on Keto

Congratulations for taking steps toward a healthier diet and lifestyle. Deciding to commit to change is the first, and hardest step, although now you have to figure out how keto works, and, more importantly, how to make it work for you.

I’ve taken the guesswork out of it with this post on the best way to start a ketogenic diet. You’ll get foolproof guidance and two alternative methods for easing into new behaviors. 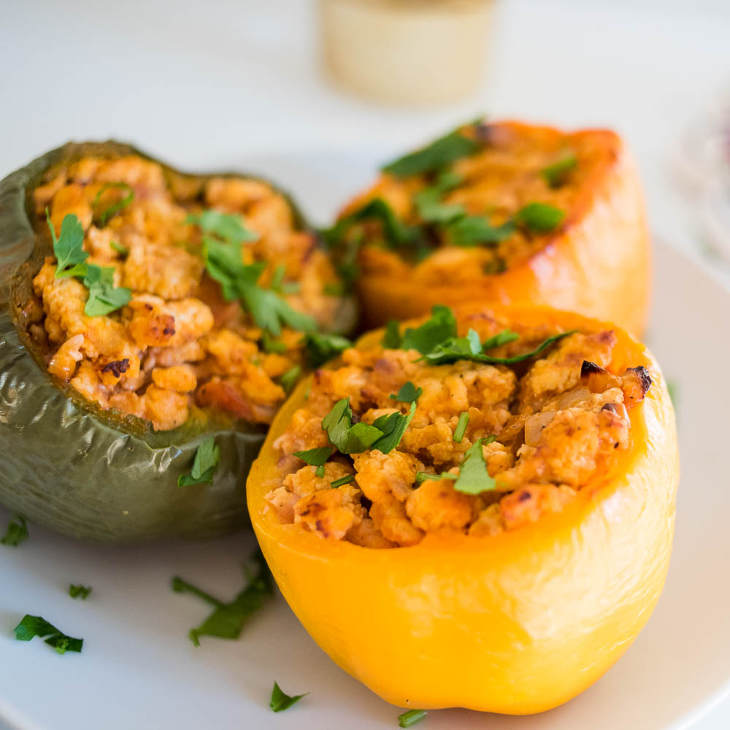 This keto creamy chicken stuffed peppers recipe has got to be one of my favorites.