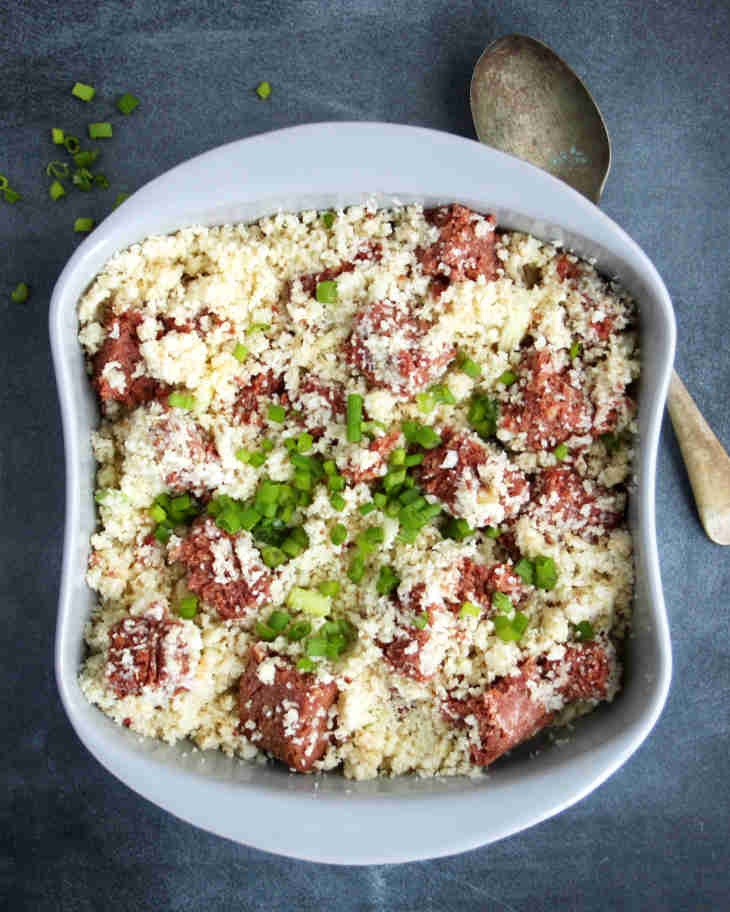 It doesn’t have to be St. Patty’s Day to enjoy this recipe. Make this Keto corned beef and hash recipe whenever the mood strikes you!

What is Corned Beef?

It tastes distinctive. But why? How does corned beef get its signature flavor?

Corned beef is beef that has been cured with salt. The large grains of salt used for the curing process resemble corn, hence the named corned beef.

Typically, corned beef begins as brisket, a rather tough meat form made tender by a long salty cooking journey.

It’s often used for sandwiches or paired with cabbage.

Well, the culinary version of hash refers to a dish of chopped potatoes and meat. The name comes from a French word meaning “to chop.”

Corned beef hash is a popular choice, although roast beef, pork, and lots of other meats can be used.

It’s a popular breakfast item, and a go-to choice for those who may have been drinking heavily the night before.

Corned beef is a fine food to be eating on Keto. It’s the hash part that could cause issues.

If you’ve been watching your carbohydrates for any length of time, you know to stay far, far away from potatoes and all things containing potatoes.

While I can give you a Keto version of corned beef and hash, unfortunately I can’t include potatoes. That just won’t work.

Instead, cauliflower rice will have to do. I know, I know. Not the most exciting prospect in the world.

But you can jazz it up by cooking it in olive oil with garlic and onions. That will give you a little more depth of flavor than plain, fluffy riced cauliflower, which can be a bit bland.

Other than that, you just add corned beef and you’re good to go!

Planning is hard for the best of us. But when you’re juggling a household, its occupants, and life in general, sometimes meal planning takes a backseat.

That’s normal and natural, but you don’t want to go down the slippery slope of eating non-Keto things because you were caught without safe options.

You’ll find suggestions on creating your own Keto meals as well as breakfasts, lunches, and dinners for an entire month.

It doesn’t get easier than that!

You won’t be able to resist this delicious corned beef dish.