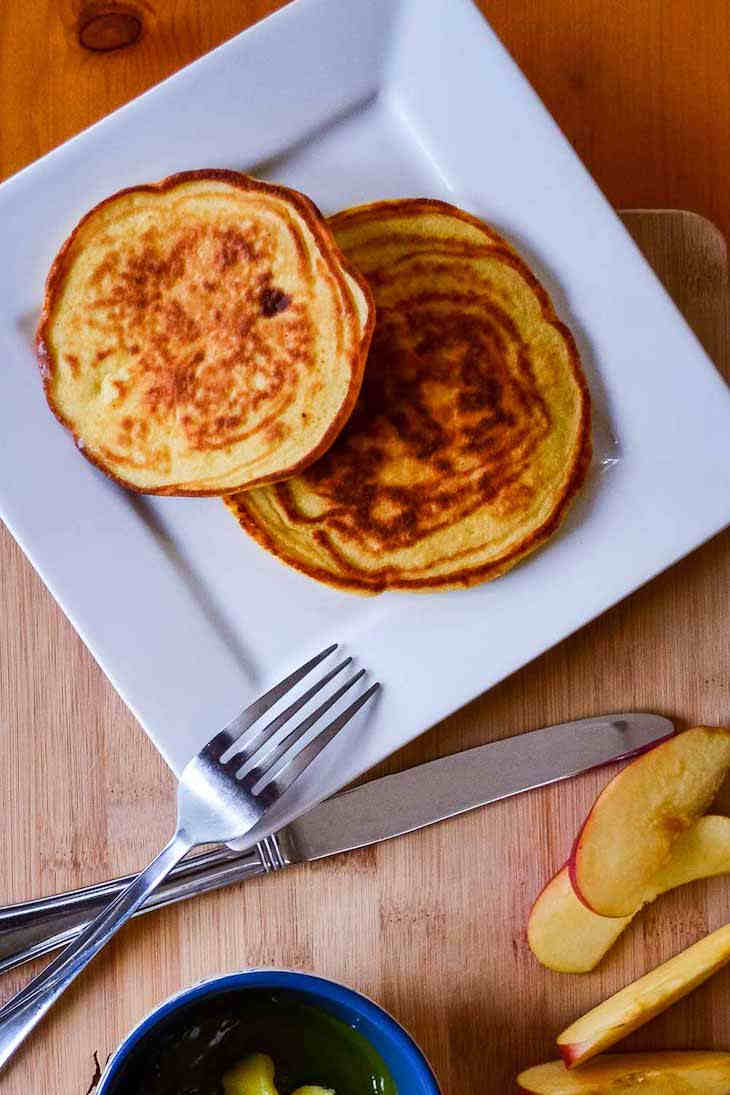 Nothing says lazy Sunday quite like this tasty keto coconut pancakes recipe. They taste like an indulgence, but won’t compromise your diet. This keto-safe pancake recipe uses coconut flour to keep your carbs in check.

Coconut flour can be used in a whole manner of delectable treats (all keto of course).

The History of Pancakes

Pancakes date back to prehistoric times, although they were likely less puffy than the thick flapjacks of modern times. It is believed the earliest pancake cooks used cattails and ferns to produce flour, which was then baked on a hot rock.

The ancient Greeks and Romans enjoyed pancakes with honey. Elizabethans preferred a version with sherry, spices, rosewater and apples.

Many people still observe the Roman Catholic tradition of consuming ample quantities of pancakes on Shrove Tuesday. It marks the beginning of lent, a religious observance of fasting and repentance of wrongdoing.

Eggs are a great, inexpensive source of protein you can turn to often on your keto diet. The eggs in these pancakes provide protein and healthy nutrients.

Eggs have gotten some bad press surrounding cholesterol, but they’re low in saturated fat. They have the seal of approval of the U.S. government’s 2015-2020 Dietary Guidelines, and a 2016 study found eggs were not associated with an increased risk of heart disease.

Want to really see the benefits of eggs? Look no further than their lutein and zeaxanthin content. These special antioxidants have been shown to protect against cataracts and macular degeneration.

Did I mention vitamins? Eggs are rocking vitamin A, folate, selenium, vitamin B5, vitamin B12, vitamin B2 and phosphorus.

And if that wasn’t enough, eggs are delightfully low in calories, making this keto coconut pancake recipe perfect for many different diets.

If you do need a more traditional American pancake recipe,then this one here should do the trick. 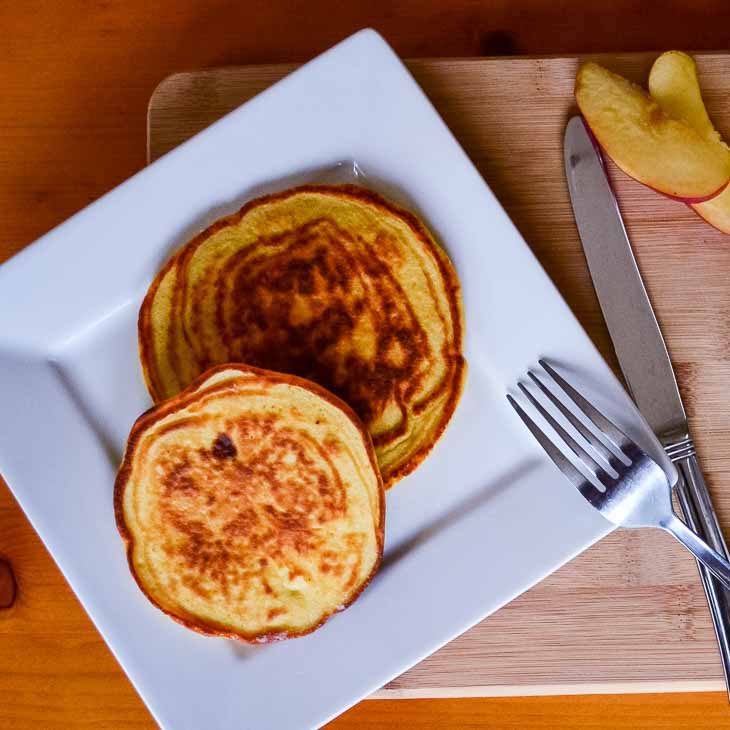