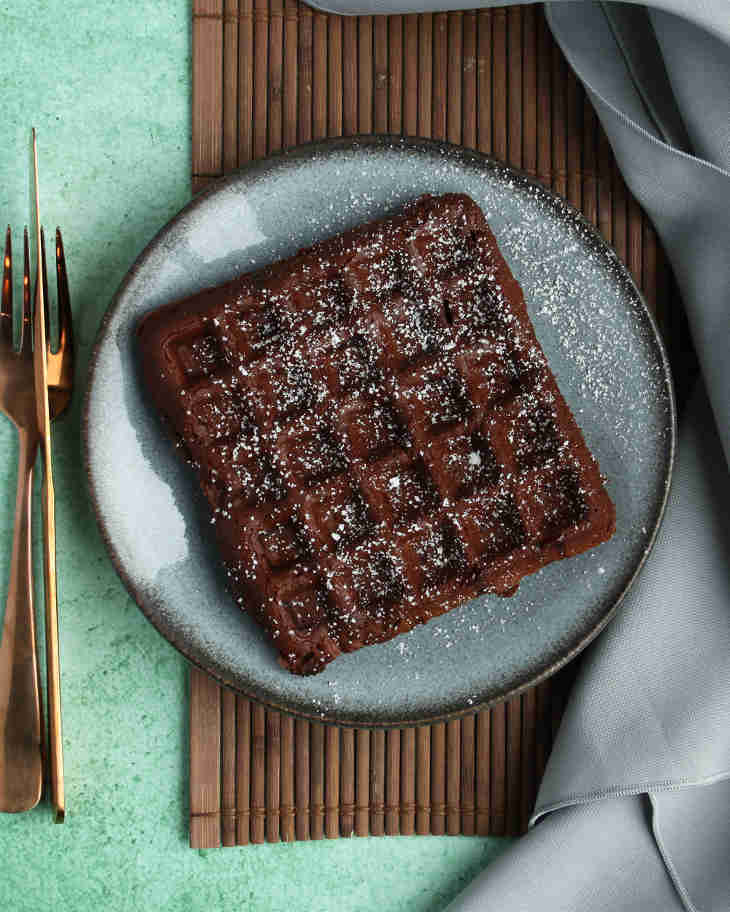 Have you ever had the conundrum of cooking a special breakfast meal? Whether you’re hoping to brighten a birthday or celebrate Valentine’s Day, this Keto chocolate waffles recipe will be a hit!

The Power of Waffles

It doesn’t take much to spark a craving. A billboard with waffles sporting a perfect pat of butter, seeing syrup cascading down a waffle mountain at a restaurant, catching a glimpse of your old waffle iron…

You want – no, need – a waffle. Like yesterday. But you’re not even kidding yourself that those fluffy pocketed clouds of joy could be Keto.

And you know that there’s no such thing as “one bite” to keep your macros in check. It seems you’re in between a rock and a hard place.

Eat waffles, wreck your diet. Refrain from waffles (if you even can), and long for said waffles. There’s got to be a better way.

How I Made Keto Waffles

I’ve been there too, facing down a delicious plate full of carbs drenched in sugar. The good news is that I channeled my love of waffles into making sure that I could still have them without wrecking my diet.

And now, so can you.

The first obstacle to tackle is flour. Obviously all-purpose has no purpose on Keto, so I opted for coconut flour instead.

Coconut flour is light and airy, making it the perfect choice for a fluffy waffle.

Next, I thought about the chocolate factor. Far be it from me to promise chocolate waffles and not deliver. You’ll get that chocolate taste by adding some cacao powder to your batter.

That’s cacao powder, not cocoa powder. That’s a tricky one.

Moving on, I wanted to add some sweetness. Erythritol, a sugar alcohol, is a great choice for Keto, and I used it for these waffles.

Instead of milk, I opted for unsweetened almond milk. A bit of baking powder will help your waffles rise.

Starting Keto can be tough, but staying Keto doesn’t have to be. It just takes a bit of thought and planning.

That’s where I find a meal plan to be really helpful. If you’ve got your meals mapped out, and food purchased, you’re way less likely to stray toward non-Keto temptations.

Check out this free seven-day Keto meal plan. You’ll get delicious breakfasts, lunches, and dinners for an entire week.

Be sure to save your favorites so you can make them again and again! 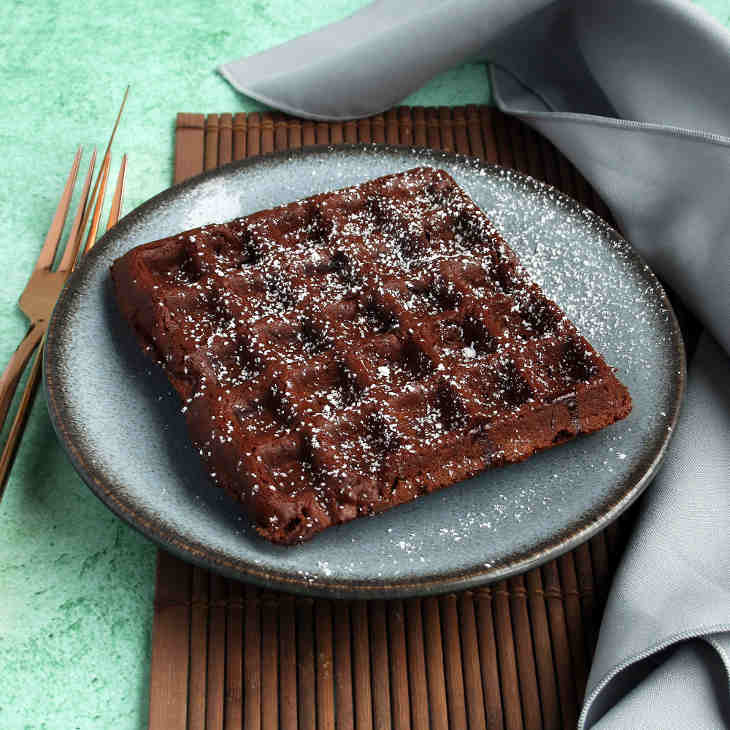 NOTE: This recipe was made using our waffle maker, which makes two 5 x 5-in (13 x 13cm) waffles. If your waffle maker is bigger, simply double the recipe.