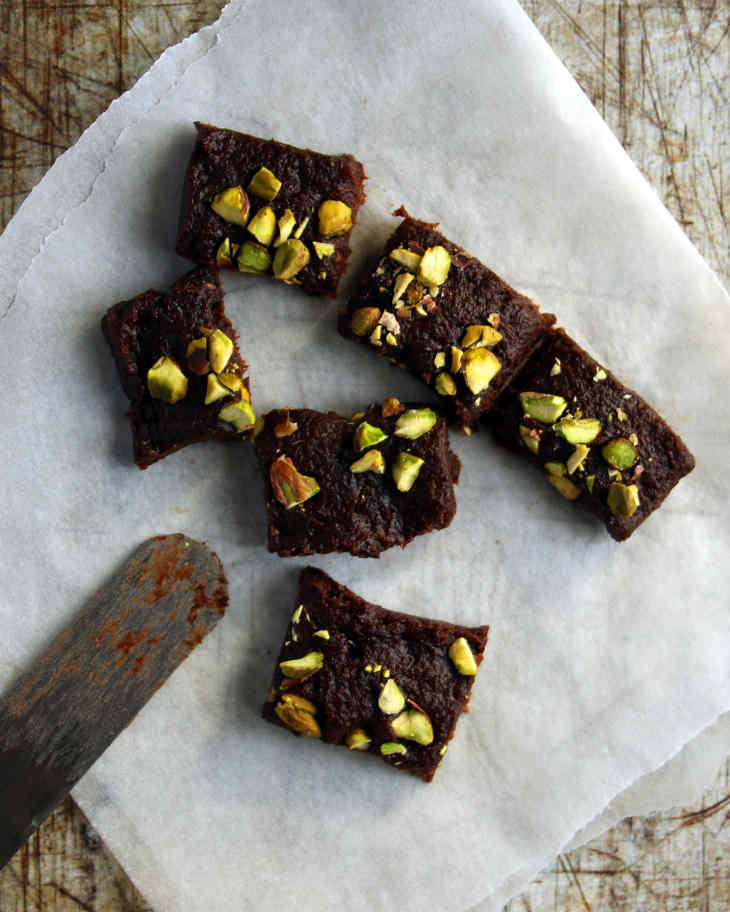 A chocolate craving strikes out of nowhere. What do you do? Well, as long as you keep this keto chocolate raw brownie bites recipe handy, your needs will be satisfied.

What is a Fat Bomb?

It’s an intriguing name that might be frightening to some. For so long we have been taught to fear fat.

The time has come to lay that fear to rest.

In fact, fat can be your best friend on keto. It nudges the body to get into ketosis and stay there.

Of course, that doesn’t mean that you can or should be pounding fat at every opportunity.

You want to focus on getting the quality nutrients typically found in vegetables. A colorful variety is good; stay away from the starchy ones.

But there will be times when you feel your energy waning and you just know that lettuce isn’t going to cut it.

That’s where a fat bomb can be really helpful. Fat bombs are typically homemade snack balls with ingredients such as coconut oil, cacao powder, avocado, nuts, and/or nut butters.

Just be sure to stick with one serving. You’ll get plenty of energy and make your snack stockpile last longer.

Normally pistachios aren’t really included in keto. As nuts go, they actually have one of the higher amounts of carbs.

That being said, it’s all about portion size. I’m not suggesting you buy a bag of pistachios and place it lovingly in your arms as you sit in front of the television.

Obviously, you’ll blow right past an acceptable amount before you even see a commercial.

Instead, this recipe only calls for a quarter cup of pistachios. Those pistachios will be split into 24 servings – so you’re really not eating many pistachios at all when you consume these fat bombs.

And, again, despite how tasty they are it’s important to stop yourself after one. It’s really not as hard as you might think, as these fat bombs are pretty rich and filling.

If you’re concerned about the carbs in pistachios, or if you just don’t like the taste, you could use pecans, Brazil nuts, or macadamia nuts instead.

How Much Fat Should I Eat?

OK, so you’re sold on the need for fat and you’ll be careful of how many pistachios you eat. But how do you really know how much fat you should have?

Making sure you’re getting the right balance of fats, carbs, and protein can be difficult at first. This handy ketogenic calculator can let you know if you’re on the right track. 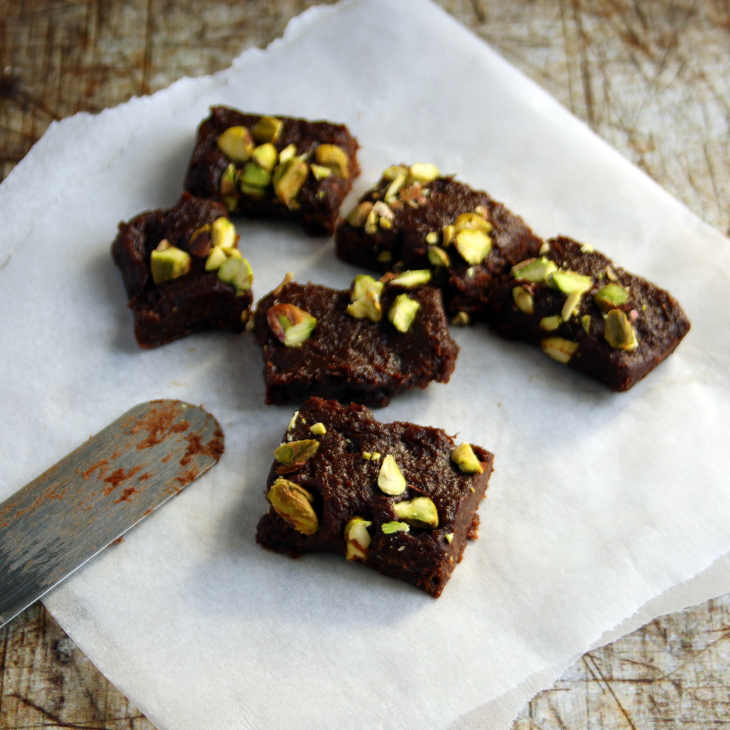 Raw brownie bites taste just as good as hot ones.