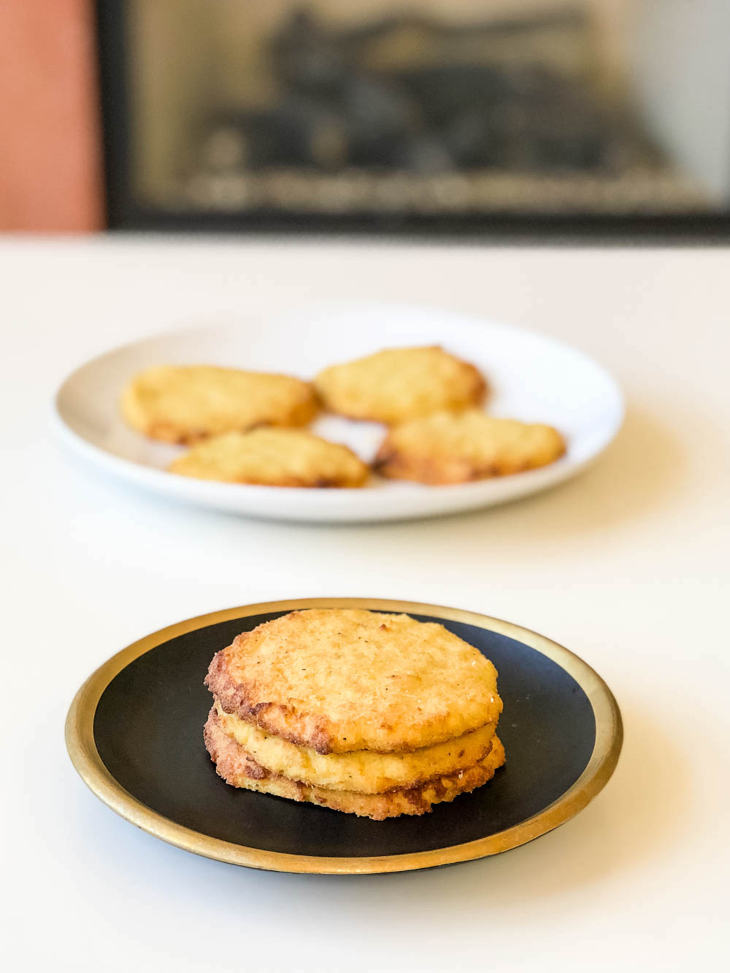 Craving potato pancakes but don’t want the carbs? No problem, thanks to this oh-so-satisfying keto cauliflower patties recipe.

Cauliflower makes the perfect “fauxtato” and there are some yummy recipes which take full advantage of this versatile veg.

The potato pancake has been tied to the traditions of many countries, and with good reason. As the dense dish passed from country to country it quickly gained fans, who passed it on to their descendants.

Peasants in Austria, Germany, Poland, and Russia came up with the recipe, as potatoes were abundant and affordable. Many people have been introduced to potato pancakes as latkes, a popular Hanukkah tradition.

Besides swapping potatoes for cauliflower and trading white flour for almond flour, these patties are pretty close to the traditional potato pancake.

They are often dressed with various toppings ranging from sweet to savory. German potato pancakes might be topped with applesauce, blueberries, or cinnamon and sugar.

A Korean version might be served with soy sauce, while Swedish potato cakes are paired with fried, cured pork belly and lingonberry jam.

Polish folks get more creative and elaborate. Their pancakes might be adorned with meat sauce or goulash, sour cream, mushroom sauce, or cottage cheese. Or for a sweet take, they might use fruit syrup.

While you need to mind your macros, there are certainly some tasty toppings you might enjoy with my keto cauliflower patties recipe. But they taste perfectly delicious on their own too! 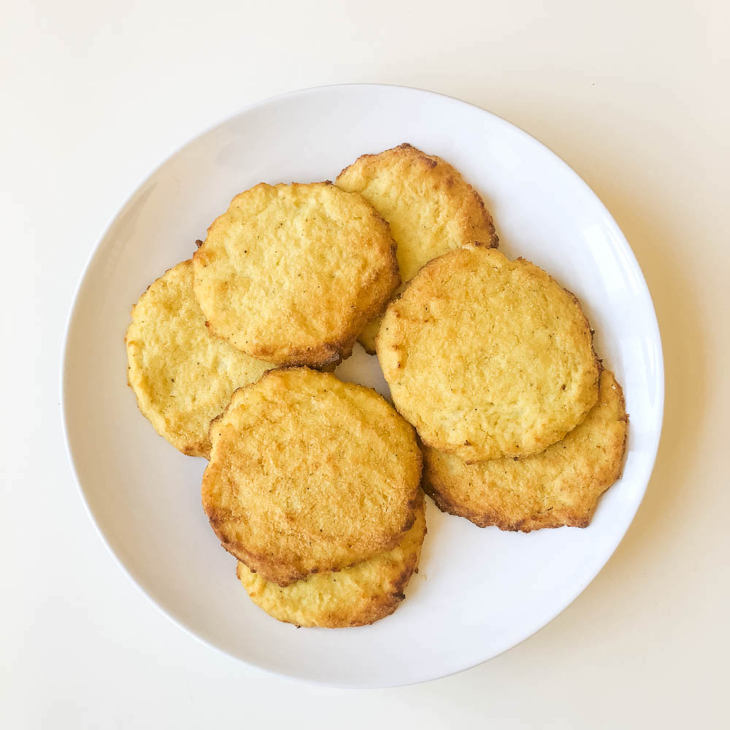