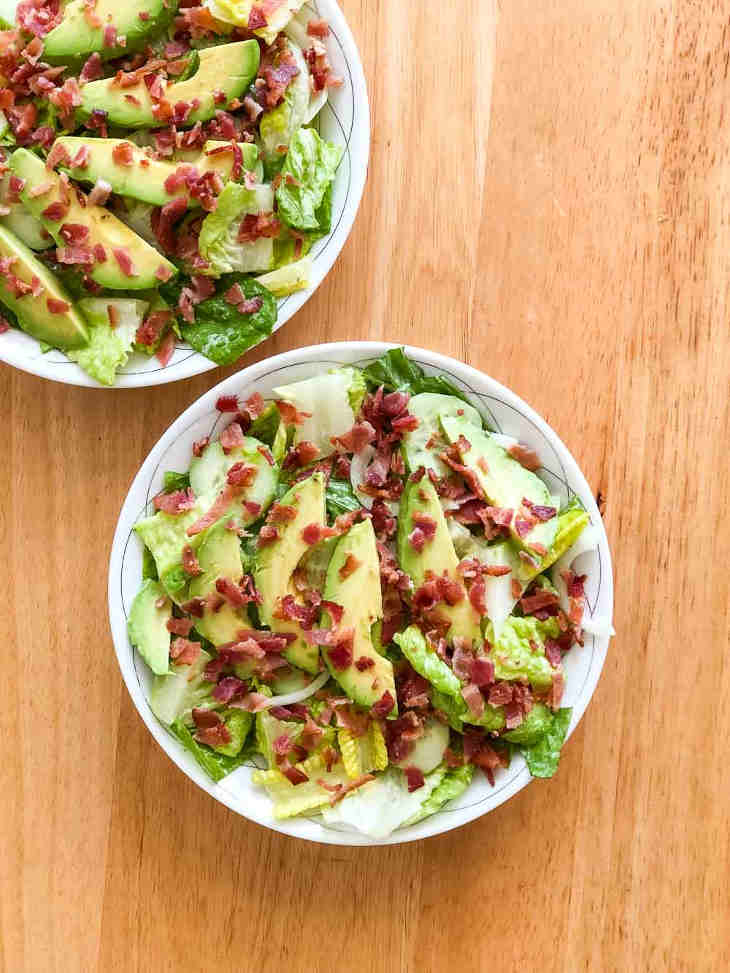 This is not your average Caesar salad! Our Keto bacon and avocado Caesar salad will keep your work lunches interesting any day of the week. Packed with creamy avocado and crisp salty bacon, your taste buds won’t believe it’s a salad. Enjoy it as a hearty lunch or a light dinner and find your salad bliss.

A Little Bit of Salad History

Who is Caesar salad named for? The obvious answer would seem to be Julius Caesar but actually, the salad is named for the man believed to have invented it, Caesar Cardini. Cardini was an Italian chef who immigrated to America in the early 1900s. After prohibition was enacted in 1920, he moved to Tijuana, Mexico, where alcohol was legal, and opened a restaurant there.

There is some disagreement as to whether it was Caesar Cardini or his brother Alex who invented the famous salad, but the details remain the same. This dish was not originally intended to be a salad at all but a finger food, almost like a lettuce wrap and, like many of the great recipes we love today, it was thrown together from scraps and leftovers.

Whoever invented it and whatever their intentions, the Caesar salad has become one of the best-loved salads out there. In the 1920s, Julia Child went to Tijuana to enjoy the original calling it “a sensation of a salad” and in the 50s, it was named the best recipe from the Americas in 50 years! [1]

No one wants a soggy salad! Follow these easy tips for a perfect make-ahead salad every time.

A Salad for Every Day of The Week 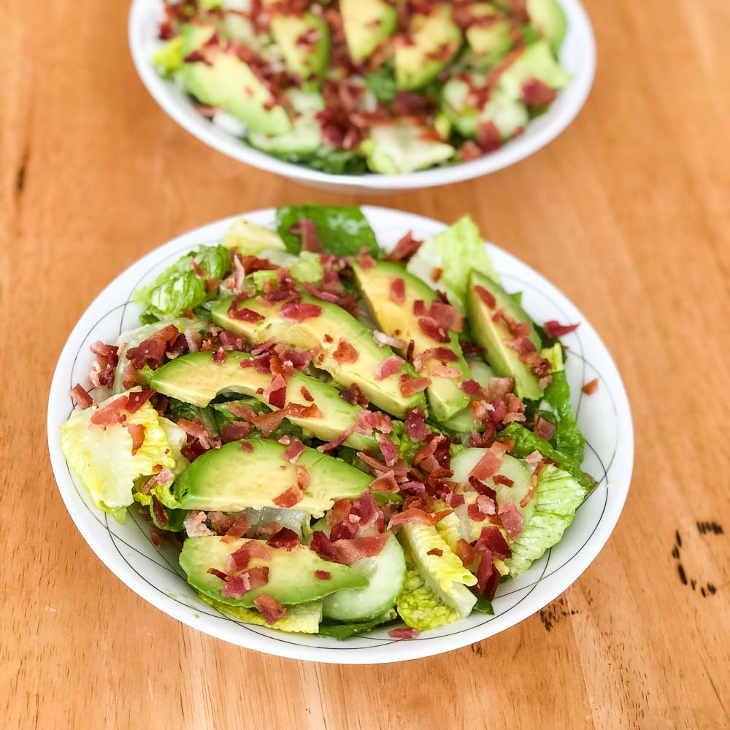 A classic salad with the addition of bacon.

For the Caesar dressing –