Is There a Keto Peanut Butter? 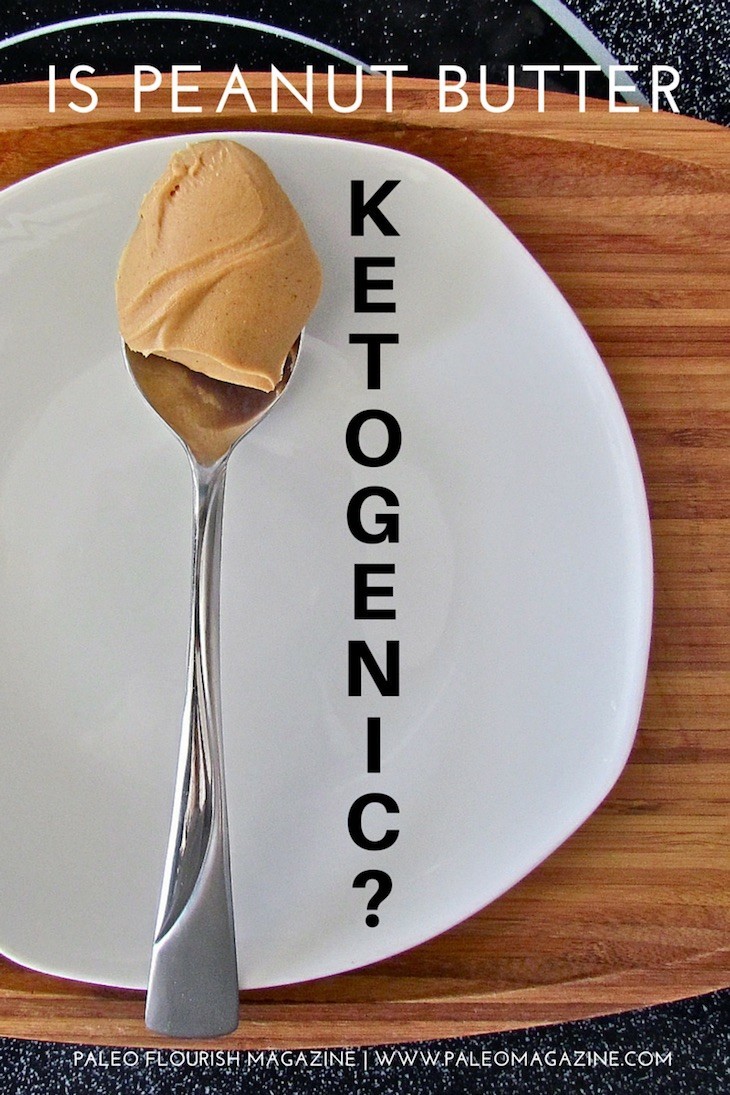 Did you know that it takes about 540 peanuts to make a 12-ounce jar of peanut butter? That’s a lot of peanuts concentrated into one jar. So if you’re eating a lot of it, it’s best to know just how healthy it is for you.

For many, peanut butter is a cheap and convenient protein source that is low in carbs and high in fat. Therefore, it sounds like a pretty good food to eat on the ketogenic diet. However, apart from its ability to keep you in nutritional ketosis by being low in carbs, is peanut butter ketogenic-friendly and should you be including it in your diet?

(Of course, if you’re allergic to peanuts, stay away from them!)

Peanuts originally came from South America and has the scientific name, Arachis hypogaea, which roughly translates to weed that has fruit growing underground. Very appetizing name…

While there’s debate about who originally came up with the idea of peanut butter, there are suggestions that South American Indians ground peanuts into a paste and mixed it with cocoa almost 3000 years ago. The modern day product, however, has its origins in more recent times (just over 100 years ago).

The exact person who first invented peanut butter in its modern form is sadly lost to history. George Washington Carver is often credited with inventing this creamy spread, but he supposedly didn’t actually invent it. Nor did John Harvey Kellogg (yes, he’s also one of the brothers that invented the popular breakfast cereal), who helped popularize peanut butter as a healthy vegetarian food. However, Kellogg did filed the first patent for creating peanut butter in 1895.

And just in case you’re wondering about the history of PB&J sandwiches, the first reference to them was made in 1901 in the Boston Cooking-School Magazine.

So, is it healthy for us to be consuming so much of this stuff? I’m not talking about the kind that’s laden with sugar or the candies. Let’s just look at the pure peanut butter itself for the purposes of this article.

Let’s start with the benefits of eating peanut butter on a ketogenic diet.

100 grams of peanut butter contains 14 grams of net carbs (6 grams of fiber). It’s not amazing for a low carb food. But the high amounts of fat and the fiber in peanut butter makes it less likely to spike your blood sugar levels. Its glycemic load is 0.

50% of peanut butter (by weight) is fat. This of course makes it great for staying in nutritional ketosis, and it helps you to stay satiated.

4. Nutritious (High in Vitamins and Minerals)

According to the USDA food database, peanut butter is pretty high in Vitamin E, niacin, magnesium, and several other vitamins and minerals. Peanuts also contain several notable antioxidants, like p-Coumaric acid and resveratrol.

If you’ve read about Paleo, then you probably already know that legumes are not considered healthy. And as it happens, peanuts are actually not a nut – they’re a legume. And so, even apart from the whole aflatoxin thing, which I’ll discuss in detail below, they’re not considered particularly healthy to eat.

So, as I’ve hinted already, there are some definite downsides to eating peanut butter. And honestly, these are good reasons to avoid peanut products regardless of whether you’re on a ketogenic diet or any other diet:

I’ll start with the biggest reason why I have stopped eating peanut butter…aflatoxin.

According to Registered Dietitian Isabel Smith, RD, “Peanuts (and many other nuts in general) can be a host for mold and other fungi as well as bacteria. The worst type of mold that peanuts may carry, aflatoxin, is a carcinogen and can even be deadly in large quantities.”

Aflatoxin is found in pretty much all peanuts and all peanut butter. The FDA monitors the levels of aflatoxin in peanut products and regularly pulls products off the shelves for exceeding the regulation levels. This is speculation of course, but it wouldn’t be shocking if many jars of peanut butter that exceed the regulations aren’t caught…

Why is Aflatoxin dangerous?

Consumption of aflatoxin (often from peanuts) has been linked to liver cancer in adults (this seems a pretty strong link given the number of studies on this topic) and stunted growth in children. The fact that its name contains the word “toxin” in it is probably also a giveaway (less scientific, I know!) that it’s not such a desirable compound to be eating.

Like nuts, peanuts (although not a nut) are also high in calories and peanuts butter is very easy to overeat (especially when it’s salted). This makes it really tough to lose weight on a ketogenic diet.

Peanut agglutinin is the lectin in peanuts (and therefore in peanut butter), which in vitro has been linked to promoting the growth of colon cancer cells. Of particular concern is the fact that peanut agglutinin is highly resistant to cooking and digestion and has been found to penetrate the gut lining.

Cardiologist Steven Gundry, M.D., says, “Now, you may love peanut butter. And you might think it’s healthy. But as far as I’m concerned, you can call it lectin butter, because it’s made with one of the absolute worst ingredients for your health – peanuts!”

Like nuts, seeds, beans, and grains, peanuts contain high amounts of phytic acid, which can prevent you from absorbing minerals in your food.

And the problems don’t stop there.  Functional and integrative medicine doctor Frank Lipman, M.D. says, “Legumes naturally contain phytic acid and lectins, both of which can weak havoc on gut health. Digestive upset could show up symptomatically as issues with bowel movements, gas, and bloating, or in more severe cases, things like brain fog, anxiety, or depression, given the gut’s impact on neurotransmitters in the brain.”

Is There a Keto Peanut Butter?

While eating peanut butter is not going to prevent you from staying in nutritional ketosis, it’s also perhaps not the best food for a ketogenic diet. In particular, it’s a bit too easy to overeat, and since it’s so high in calories, it can easily derail your attempts to lose weight.

Also, the fact that peanut butter contains aflatoxin and peanut agglutinin mean that it could also adversely affect your health especially if it’s eaten regularly for a long time.

All in all, it’s best to avoid peanut butter on a ketogenic diet if possible.

Very interesting. My natureopathic doctor advised I stay away from peanuts, and I was hoping she was wrong. What about almonds, almond butter, and almond flower?