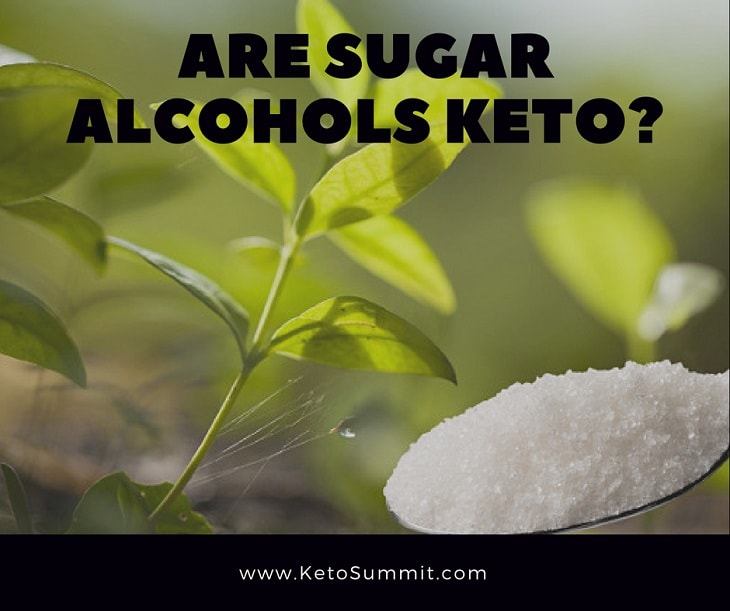 Even keto dieters need a little sweetness in their lives! I know I do.

But since white sugar is just pure carbs, you have to skip all the regular sweeteners on Keto (even honey, maple syrup, coconut sugar, and agave are out).

And as a result, many people use sugar alcohols (which are low-calorie sweeteners) instead to satisfy the sweet tooth.

Don’t worry, they’re not the same as the alcohol you drink! Chemically speaking, sugar alcohols are sugar molecules with an alcohol group attached to it.  (Plus, for people on keto, alcohol is likely to kick you out of ketosis, at least briefly!)

But if you’re looking for a quick answer to the question, “Are sugar alcohols keto?” then look no further.  Here’s the sugar alcohol Keto dieters tend to do well with, along with the best sweetener, in general, to use on Keto:

What are sugar alcohols?

Sugar alcohols occur naturally in foods like berries and fruits. But they can also be manufactured from other sugars.

The most common sugar alcohols you’ll come across are:

These may be familiar from low carb or Keto recipes as well as pre-packaged sugar-free drinks and snacks.

The problem for us Keto folks is that not all sugar alcohols are equal: some of them can cause digestive issues, some are toxic in high amounts (and to dogs!), and a few may even kick you out of ketosis.

Plus, some actually do contain some carbohydrates, according to Dr. Steven C. Simper, MD. “U.S. labeling laws allow manufacturers to use the terms ‘sugar free’ or ‘no added sugar’ on the labels of products made with polyols, giving the illusion that the product has no carbohydrates.”

In other words, not all polyols are carb-free, so it’s important to check the label.

But the most important question is: do sugar alcohols interfere with ketosis?

Do sugar alcohols kick you out of ketosis?

It depends. Not all sugar alcohols will kick you out of ketosis.

According to Keto Oncologist Jocelyn Tan, M.D., “Sugar alcohols technically are natural compounds and are a form of digestible carbohydrate. […] Commonly present in food additives to give sweetness, they don’t bring up blood glucose as much and don’t stimulate the secretion of insulin.”

They act as low-calorie sweeteners because our bodies don’t absorb all of the carbs they contain into your bloodstream. That means they don’t raise your blood glucose levels like regular sugar (sucrose) does.

Check out this video on how sugar alcohols affect blood sugar. (Keep in mind, a low glycemic index is best for staying in ketosis!)

Do Sugar Alcohols Have a Downside?

“In some people sugar alcohols can cause bloating, flatulence, and diarrhea,” according to Nutritionist and Certified Personal Trainer Brad Sly.  “This is because the sugar alcohol is not completely absorbed in the digestive system and this causes fermentation to occur in the intestines.”

And too much of them can undo all your hard work. “You can also still gain weight when eating foods that contain sugar alcohol, especially if you eat them in excess,” according to Registered Nurses Sue Cotey, RN and Andrea Harris, RN.

Let’s take a look at these sweeteners in more detail…

Uses: Glycerol (also called glycerin) is a mildly sweet compound that is often used as a sweetener in food products and also as a food additive for bulking and adding texture.

You might also find it in liquids like vanilla extracts as well as cough syrup as a thickening agent.

According to Licensed Dietitian Nutritionist Monica Reinagel, LD/N, “The main advantage is that glycerin does not affect your blood glucose. However, substituting glycerin for sucrose will not reduce calories.”

Uses: Isomalt is a sugar alcohol that’s usually made from beets. It’s roughly half the sweetness of sucrose and also contains half the calories.

One of the main uses of isomalt is in baking because it adds plenty of bulk that doesn’t break down or lose its sweetness when heated.

Isomalt is usually found mixed with other sweeteners such as sucralose to make it sweeter in taste. It can also be found in foods like sugar-free cough syrup.

Uses: Lactitol, like isomalt, is half the sweetness and has half the calories of sucrose. It’s a prebiotic that could help improve your colon health because most of it isn’t digested until it reaches your colon. (2)

It’s used as a low-calorie sweetener in many baked goods as well as a treatment for constipation because of its laxative effects. (3)

Uses: Maltitol is commonly used as a sweetener in sugar-free chocolates and ice-cream.

It’s about 90% as sweet as regular sucrose and it has many properties similar to sugar (except it doesn’t brown) with only three-quarters of the calories. (5)

Mannitol is found naturally in fruits and vegetables. It has 40% fewer calories than regular sugar but it also tastes 50% less sweet. It’s usually used in the same way as powdered sugar, to coat hard candy and chewing gum.

Sorbitol naturally occurs in many fruits like apples and pears, but is typically extracted from glucose. It has 60% the sweetness of regular sugar and two-thirds of the calories. (10)

It’s often used in chewing gum, toothpaste, and mouthwashes as it naturally produces a cooling effect in the mouth after you eat it.

Polydextrose is not technically a pure sugar alcohol. It’s made by combining sorbitol and dextrose (aka corn sugar).

It is mostly fiber and has only a mild sweetness compared to sucrose. Polydextrose is usually used in baked goods to add bulk and dietary fiber.

Xylitol is made of plant fiber and is about as sweet as sucrose but with only two-thirds of the calories. It’s used for more than just sweetening foods – you can also find it in many cosmetics and medicines.

Erythritol has almost zero calories and is about three quarters the sweetness of sucrose. It’s great for baking with.

Because it has a slightly minty and cooling taste, it’s often combined with other low-calorie sweeteners. For example, Swerve is a combination of erythritol and oligosaccharides. It’s great for baking with.

What Are The Best And Worst Sweeteners To Use On A Keto Diet?

If you’re going to use a sweetener to help you manage your sugar cravings, or if you just want your keto desserts to taste right, I recommend Erythritol, Stevia, or Allulose.

Erythritol causes less digestive issues than other sugar alcohols and it’s easy to use in baked Keto recipes. (I like this brand.)

Stevia is an herb, also referred to as “sugar leaf”. Sweeteners made from an extract of stevia leaves are a great low carb alternative to sugar alcohols.

Why? Because stevia contains zero carbs, zero calories, and no nutrients, so you won’t have to worry about counting it as part of your daily carbohydrate allowance.

Plus, you won’t experience any bloating or other digestive distress (as you might with sugar alcohols)!

The main issue with stevia is that it can leave a bitter aftertaste (and some people taste it more than others). One great option is to mix erythritol with stevia and to use strong flavors like cinnamon in the baked goods. This helps to cover up any bitterness.

Interested in trying stevia? Here’s a good brand to try.

Allulose is actually a form of sugar found in trace amounts in foods like maple syrup, figs, raisins, and jackfruit. It can also be manufactured.

Allulose looks, tastes, and caramelizes like sugar. It has no bitter aftertaste, though some report a slight “cooling” effect after eating it.

One of the interesting things about allulose is it’s potential health benefits.

Early studies are showing it can prevent blood sugar spikes when consumed with other food. (27) It also seems to increase metabolism and fat burning. (28)

Sometimes allulose is mixed with other sweeteners, but you can buy pure allulose too. Here’s a brand we like.

Want to give these keto sweeteners a try? Take a look at these Keto desserts recipes!

Also watch this podcast with Andress Blackwell, New Orleans’ queen of Swerve to learn about using natural sweeteners – including sugar alcohols – in your Keto recipes.

If you have any questions about sugar alcohols or how to use keto sweeteners, then head over to our keto diet forum. 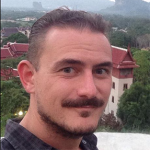